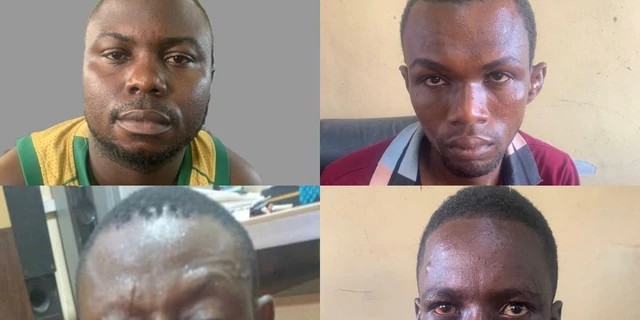 Four persons have been apprehended by the Ghana in connection
with a robbery attack that led to the death of two people at Asaman Tamfoe in the Eastern Region in May.

The robbers attacked a gold buying company in the town, shot and killed the security man on duty, and robbed the company of an unspecified amount of money.

In an attempt to escape, they also shot one other person, who later died, the police said in a statement.

According to a statement from the police, “Through ongoing painstaking investigations and intelligence, four of the gang members have been arrested so far.”

It continued “We wish to assure the public that the remaining three members of the gang, can run and hide, but not forever, we will surely get them arrested to face justice.”

I Have No Issues With My Ex-Husband- Akua GMB