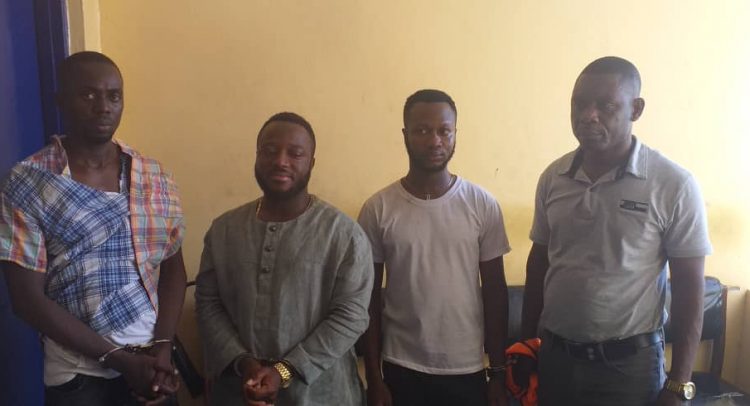 FOUR SUSPECTED car fraudsters who specialised in defrauding unsuspecting members of the public on Tonaton, an online shopping platform, have been arrested by the Kpeshie Divisional Police Command in Accra.

The suspects were only identified as Jagua Adjei, Kudjo and Oppong.

Information available to DGN Online indicates that several people have fallen victim to their criminal operations.

They are currently assisting police with investigations.

Victims have been asked to contact the Kpeshie Divisional Police Command to lodge formal complaint to aid in their prosecution.