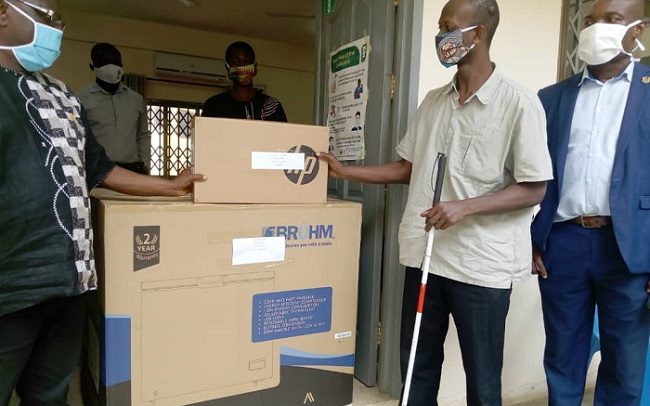 The Effia-Kwesimitsim Municipal Assembly (EKMA) in the Western Region has distributed items worth GH¢65,000 to 50 persons with disability (PWDs) at a ceremony at Effia.

The beneficiaries received items such as deep freezers, desktop computers, head pans, shovels, among others.

At a ceremony to disburse the items, the Municipal Chief Executive of the assembly, Kojo Acquah, said the responsibility of the government to support PWDs would continue.

He noted that the government realised that the disability fund which was initially two per cent of the district assembly common fund benefitted only few of disabled persons and the increment to five per cent will cater for more.

“This is the third time the assembly is supporting PWDs in the district and we are not just giving you the items but monitor how you would put them to good use,” he stressed.

He explained that PWDs were asked to apply for the support programme and said the process was transparent.

He pledged that the programme would continue until each one of the PWDs was empowered in one way or the other.

He stated that PWDs must be treated with respect and love, adding “disability is not inability and such persons are special in their own unique ways.”

He said gradually the number of PWDs who were at the roadside begging for alms had been decreasing because majority of them were operating their own petty businesses.

One of the beneficiaries, Akua Nsuah, thanked the government for the support on behalf of her colleagues and pledged that the items would be put to good use.