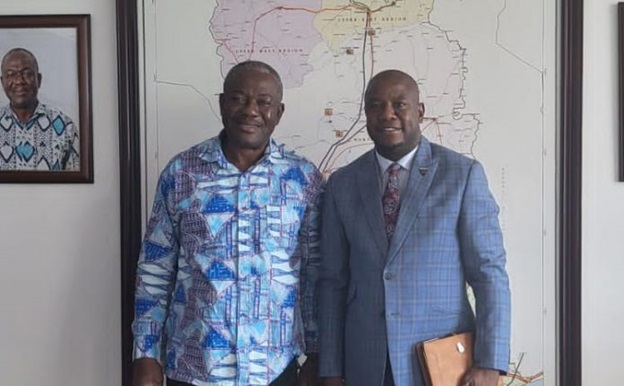 The project with a total capacity of 50MW will start in the penultimate quarter of 2022 and aims to generate solar energy for Ghana Grid Company Limited (GRIDCo) substations.

Chief Executive Officer of the Bui Power Authority, Kofi Samuel Dzamesi, gave the assurance that the project will address the energy challenges in the Yendi enclave.

“The project will commence soon and we hope that when completed, it will address the power challenges in the Yendi area,” he stressed.

Member of Parliament for Yendi, Farouk Aliu Mahama, on behalf of the people of Yendi, expressed gratitude and excitement of his constituents to management of Bui Power Authority.

“Let me plead with Bui Power Authority that they should try to get the soft-skilled youth of the constituency absorbed during the construction of the multi-million dollar project,” he indicated.

The Yendi lawmaker commended Bui Power and assured them of his continuous support.

The $90 million project is expected to kick-start in September this year.

In April this year, the Bui Power Authority stated that it will build eight solar power plants with a total capacity of 259MW in the north of the country by 2022.

The plants will be located in Yendi in the Northern Region, Buipe and Sawla in the Savannah Region, and Zebilla and Bolgatanga in the Upper East Region.

The project will have a total capacity of 259 MW and is expected to be operational by the first quarter of 2023. It should generate 700 MWp of solar energy by 2024.

The sites were selected owing to their proximity to the GRIDCo substations in the north of the country.

Bawku Pilgrims In Joint Prayers For Peace In Mecca