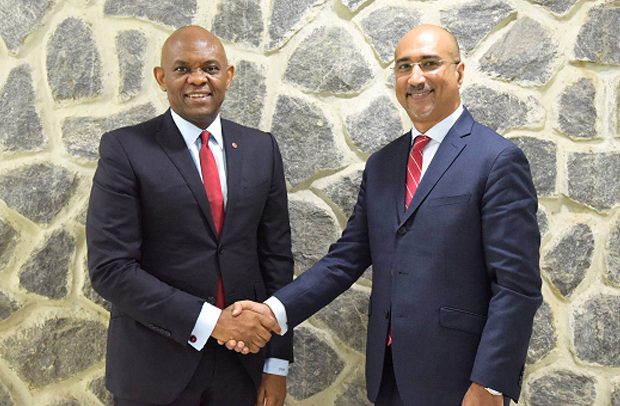 The United Bank for Africa (UBA) has stated that Abdoul-Aziz Dia will join the bank’s Board of Directors subject to the approval of the Central Bank of Nigeria.

Mr. Dia, a Senegalese, has over 25 years of banking experience garnered from several countries across the globe, including the United Kingdom (UK), France, Nigeria, Ghana, Togo, Senegal, Kenya and Cote d’Ivoire.

He has worked in senior management positions at international financial institutions such as African Development Bank, Citigroup, Standard Chartered, Ecobank and UBA.

Mr. Dia has served in the capacity of Executive Director in various companies across Africa and in Europe and now joins the UBA Group as a non-executive director.

He holds a Master’s Degree in Statistics and Financial Mathematics from ENSAE in Paris, France.

He is fluent in six languages- French, English, Romanian, German, Wolof and Fulani.

“Abdoul-Aziz Dia is a seasoned banker with a wealth of experience. He joins the UBA Board with a global outlook, and I am confident that he has a vital role to play in the future of UBA and will add enormous value to the Group’s growth strategy,” said the UBA Group Chairman, Tony Elumelu.

Dia joins the Board almost a year after UBA appointed four new members to strengthen and further diversify its Group Board, including two female board members, Erelu Angela Adebayo and Angela Aneke.

The other two directors are Kayode Fasola and Abdul Kadir J. Bello.

The United Bank for Africa, Africa’s global bank, was founded 70 years ago in Nigeria and today operates in 20 African countries, UK and USA, with presence in France.

UBA serves over 17 million customers across the globe with more than 1,000 branches and touch points.

In 2018, the bank received the award of Africa’s Best Digital Bank by the Banker’s magazine.