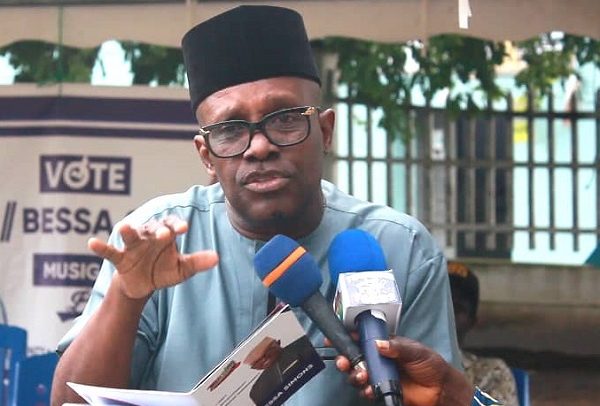 Henry Bessa Simons, an outstanding highlife musician with international recognition, has finally launched his campaign for the presidency of the Musicians Union of Ghana (MUSIGA).

The aspiring MUSIGA president launched his campaign and manifesto dubbed ‘Bessa 4 Better’ at the Holiday Inn Hotel in Accra with a promise to deliver effective and visionary leadership in deepening unity, accountability and greater transparency when given the mandate to lead the union.

Speaking at the launch, Bessa Simons said if he is voted into power as the president of MUSIGA, he would implement a number of policies to protect the interest of musicians, as well as promote their music on the various international music platforms.

He promised to work hard to improve the living standards of members, adding that he would use his expertise in the business field to assist Ghanaian musicians to find their feet in the industry.

Bessa Simons continued that he would work hard to provide international exchange programmes for Ghanaian musicians and implement a minimum wage policy to financially secure musicians.

He disclosed that his administration would also seek to develop local talents by providing musical equipment for local offices of MUSIGA in all the regions.

On June 26, this year, musicians will go to the polls to elect new national executives to run their union for the next four years.

From all indications, Bessa Simons is heading for a resounding victory against his contender, Ras Appiah Levi, who is currently the Greater Accra regional chairman of the union.