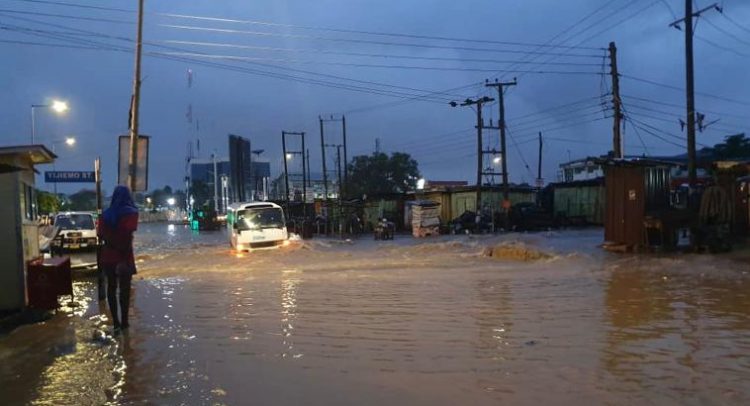 Various parts of Accra have been flooded following a downpour on Saturday night which lasted several hours.

The rains which started late in the afternoon continued till after midnight causing flood waters to runoff major roads in the capital.

Residents in areas like Alajo, Circle, Adabraka and Kaneshie, had their houses submerged in the floods.

The Ghana Police Service has issued a safety warning to the public to avoid areas such as the Graphic Road towards Kaneshie and Agbogbloshie due to the high level of the Odaw River.

“We are experiencing flooding on some principal streets and highways within the Accra-Tema Metropolitan areas and beyond due to the downpour this evening. In view of this, we are advising members of the public to remain indoors,” the statement read.

“Motorists and commuters are also being cautioned against using the Graphic Road towards Kaneshie and Agbogbloshie due to the rising level of the Odaw River.

In addition to the above, motorists and commuters should exercise great caution when using the La Beach-Kpheshie Lagoon Road towards Teshie-Nungua as well as roads that are linked by culverts and bridges,” it added.

It further indicated that patrol teams have been dispatched to communities to ensure the safety of everyone.

“However, anyone who is stranded due to the downpour and requires help should contact the Police on the emergency numbers 18555, 191 or 0302787373. The Police and other principal safety stakeholders are on high alert to assist,” police said in the statement.

Meanwhile, the hashtag #AccraFloods is trending on Twitter with people publishing media content to show the state of the floods in their communities. 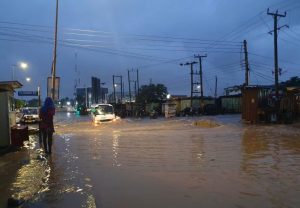 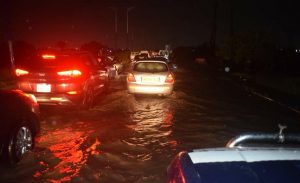 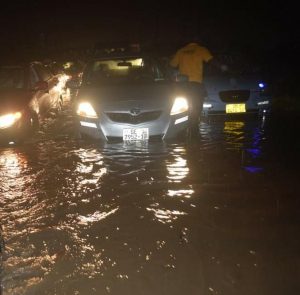 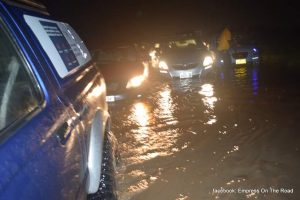 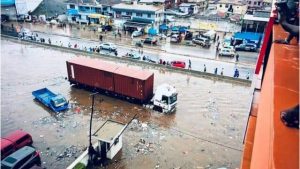 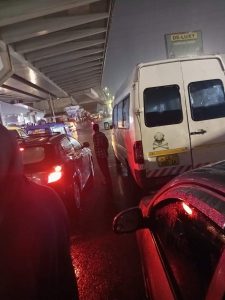 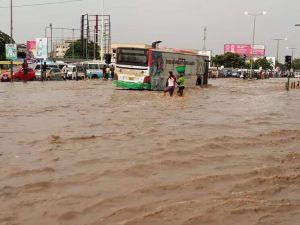 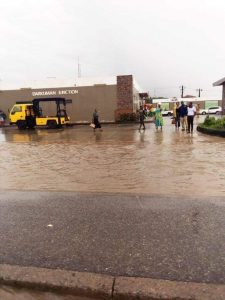