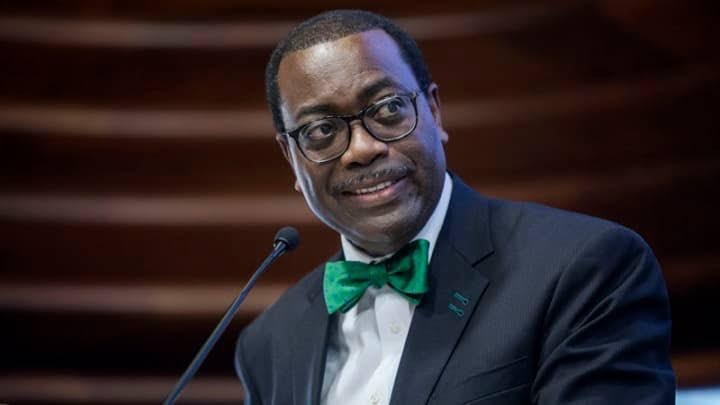 Nigeria’s Akinwumi Adesina has been re-elected as President of the Africa Development Bank (AfDB).

He tweeted: “Nigeria’s Dr. Akinwumi Adesina has been re-elected as the President of the African Development Bank (AfDB). With this re-election, he will spend another 5 years supervising the affairs of the Bank. Congratulations!”

Adesina emerged President following an election which took place electronically on Thursday, August 27, 2020, at the ongoing virtual annual general meeting of the bank. His second term win will see him monitor the affairs of the bank for another five-year tenure.

The former Nigerian minister of Agriculture’s re-election comes months after he was charged with alleged ethical violations.

Adesina was, however, cleared of all allegations following several investigations by the bank’s board of governors.

The AFDB was founded in 1964 to spur economic development among member African countries.

Nigeria is the AFDB’s largest shareholder with 16.8 percent of rights, while Germany and the United States own 7.4 percent and 5.5 percent respectively.