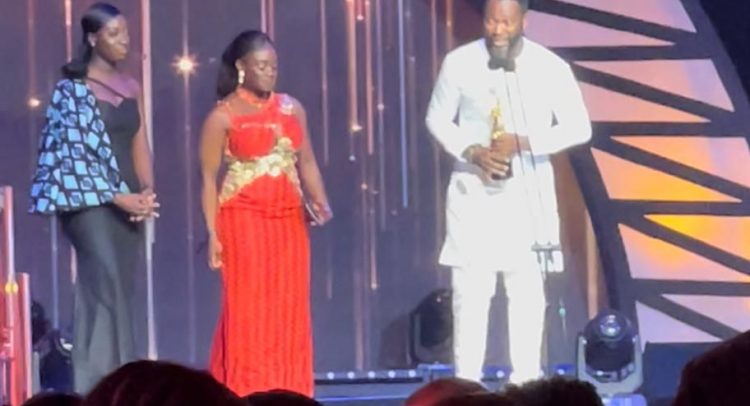 He was adjudged Actor of the Year at the award ceremony which was held at the Grand Arena in Accra.

He beat his younger colleagues; Anthony Woode, James Gardiner and Mawuli Gavor to win the category.

In his acceptance speech, he dedicated the award to his fellow nominees because “I think that today when we talk about best actors we have a group of guys who are making it bigger than some of us today and I think you guys deserve this as I do.”

He also dedicated the award to his wife who has been supporting him through thick and thin.

The 2022 edition of the EMY Africa Awards is the 7th of its kind and was attended by several dignitaries on Saturday including Vice President Mahamudu Bawumia.

Several other prominent personalities who are doing very well in their respective industries were honoured at the ceremony.

Businessman, Ibrahim Mahama was adjudged the ultimate prize as the Man of the Year while the Woman of the Year award went to Professor Elsie Effah Kaufmann.