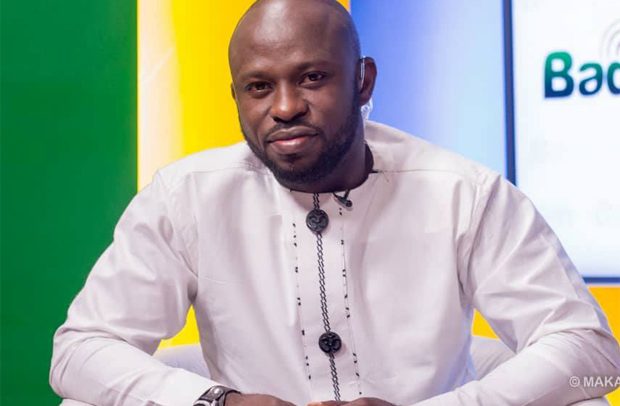 The new single, which is enjoying massive airplay on some selected local radio stations in the country, will soon be made available on all the digital play stores.

The single, produced by Mr Leham, featured seasoned Ghanaian rapper, Obofour.  It is a song that professes a man’s love to a woman who has failed to reciprocate her affection for the man.

The video of the song, which is being shot at some locations in the capital, will soon be aired on television screens.

Mr. Adjei, who is the son of the legendary Ghanaian highlife musician, Ampofo Adjei, is the definition of “a chip off the old block” as he has been carrying on his father’s music tradition in addition to his journalism career.

He is the leader of the Ampofo Adjei Band, a highlife band that plays all types of songs at local and International programs.

Mr. Adjei, who is the host of Big Agenda on Adom TV, recently released a song titled Mongyae to fight against corrupt activities in the country.

The new single blamed Ghanaians, especially the political class, for the high level of corruption in the corridors of power.

The single, which featured 2016 Bass Awards Songwriter of the Year, Shatta Rako, warned politicians and other bigwigs in various institutions to desist from “evil” doings which were likely to retard the nation’s progress.

Mongyae means “Stop It” in the Akan dialect; hence the musician intends to advice citizens engaging in nefarious activities to refrain from such acts as it has the potential of stifling the nation’s development.

“My anti-corruption song should be embraced by all Ghanaians because it would help Ghana to fight the problem of corruption which has greatly affected the country’s image,” he told BEATWAVES.