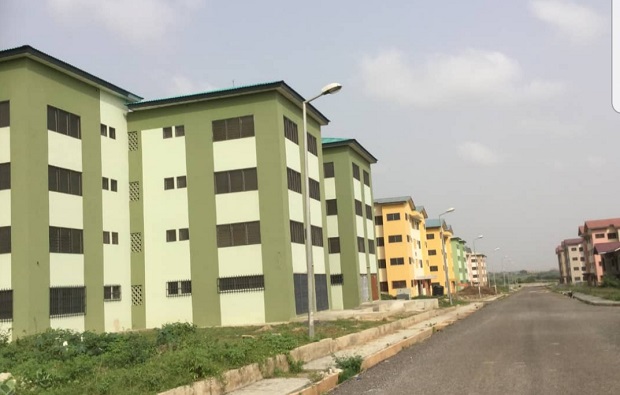 THE AFFORDABLE Housing project, situated at Asokore Mampong, in the Ashanti Region, is almost 95% completed.

Barring any last minute hitch, the facility would be completed and handed over latest by the end of July, this year.

Alhaji Alidu Seidu, the Chief Executive of Asokore Mampong Municipal Assembly, made the disclosure on radio.

Speaking on Kessben FM, he pointed out that the major construction works on the government project are almost over.

Alhaji Seidu stated that it is left with some few external works for the edifice to be fully completed and handed over.

Sounding confident, the MCE said it is expected that the facility would be handed over latest by the end of July.

Alhaji Seidu said he was highly impressed about the quality work executed by the contractors on site so far.

“I am not a building expert or an engineer, but from the look of things the contractors have done quality work”, he noted.

The MCE stated that the massive project would boast of several amenities and key amongst them include a police post.

Alhaji Seidu said the roads have been constructed and the street lights have been fixed to help beautify the place.

Again, he indicated that all the streets in the project have been named for easy identification.

‘Not All Spiritually Possessed Persons Are Normal’