‘Not All Spiritually Possessed Persons Are Normal’ 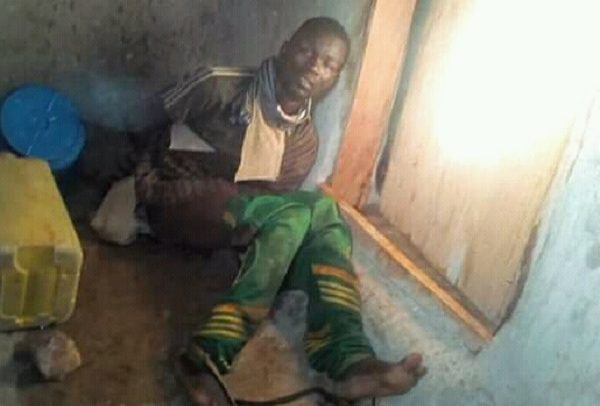 Collins Yagbil, before he was arrested

A Mental Health expert and Regional Mental Health Coordinator at the Upper East Regional Health Directorate, Edem Quarshie Ameglah, says family members and communities have the responsibility to report or assist persons with mental health problems or showing signs of mental disorders to get medical attention.

According to him, before persons with mental health problems start causing troubles in public and become dangerous to themselves and society, they show little signs at home and if the family members are observant they will identify these signs as associated with mental health challenges and call for immediate medical assistance.

“Unfortunately even if families see these signs, many of them try to cover them up to avoid their relatives being labeled as “mad”, then one day, the unexpected happens.” He said.

Mr. Amegle was speaking in connection with the 35 year old man, Collins Yagbil who sacrificed his children to his gods and killed his wife for trying to stop him from sacrificing the children.

Some community members say the man had a history of behaving abnormally sometimes, but they always thought he had been possessed by these gods and so did not see that it was a mental problem.

They believe that on the day he tried to sacrifice his children to his gods, he may have been possessed by his gods and not with his own mind.

“Sometimes he is nice and walks around soberly and sometimes he becomes abusive and misbehaves. During this period you only watch him do his thing; nobody wants to have problems with him, because he would always say he is a “Tindana” (Traditional Priest/Landlord).” A community member said.

On Thursday, June 27, Collins Yagbil 35 came under a community attack and was nearly lynched for sacrificing his children to his gods and killing his wife too, but was saved by the Police and arrested.

The police had a tough time taking the suspect out of the community, because person related to the wife were bent on lynching him.

In recent time, some “men of God” in some viral videos have been seen taking some actions that indicated that they are possessed by some spirit and yet members of their congregations have not made any attempts at getting them some medical attention.

Meanwhile Daily Guide has learnt that the son of Collins Yagbil survived despite the cutting and he is responding to treatment at a health facility the family is keeping away from the public.

Summons For ‘My Lord’