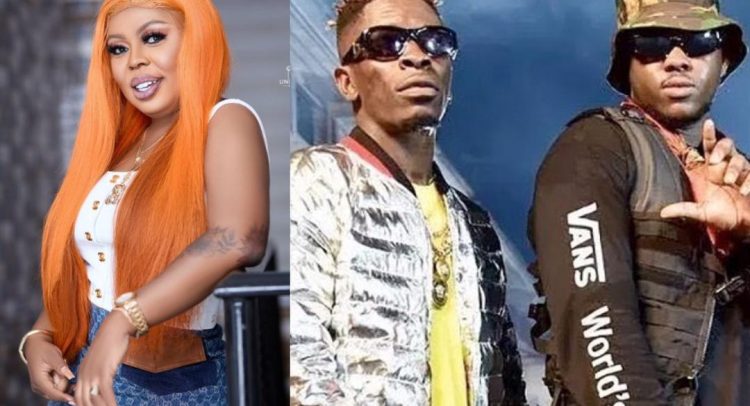 Showbiz personality, Afia Schwarzenegger has asked Medikal and Shatta Wale to take advantage of their current situation and embark on positive campaigns that will benefit their followers.

In an Instagram post on Tuesday, she said they should take steps to educate their followers in connection with their recent arrests.

Shatta and Medikal were arrested last week for different offenses but were granted bail for GHc100,000 each, together with three others who were also arrested with them.

Shatta Wale was arrested on Tuesday, October 19 over a publicity stunt he pulled concerning a doom prophecy made by a man of God named Akwasi Appiah aka Jesus Ahuofe.

He was arrested along with one Nana Dope, and another member of his crew named Gangee who was also accused of spreading the false news on social media.

They were arraigned before the court and remanded into police custody.

Medikal on the other hand was arrested on Thursday after he was sighted brandishing a weapon on social media in a viral video.

He was also remanded into police custody for five days.

But on Tuesday, they were all granted bail by an Accra Circuit Court. Their bail received a lot of reaction from the public and several showbiz personalities including Afia.

To welcome them home, she shared a photo of the two musicians embracing each other and wrote; Welcome home sons @shattawalenima @amgmedikal. Lessons learnt…going to turn this into positive campaign, educating n loving our fans.