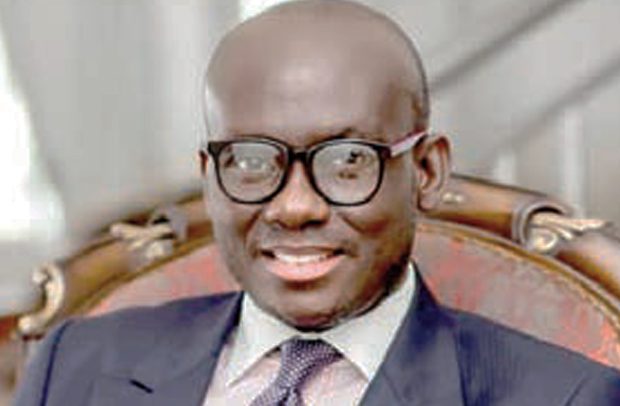 The Attorney-General (AG) and Minister of Justice, Godfred Yeboah Dame, has directed the Director General of the Criminal Investigations Department (CID) of the Ghana Police Service to expedite investigations into the case of the Kasoa juveniles who have been accused of the murder of an 11-year-old boy.

There are indications in the AG’s correspondence that the state is concerned about the ages of the accused persons, to determine whether they should head for a juvenile court or otherwise, without any delay.

This is coming on the heels of a raging confusion over whether or not the accused persons are juveniles or adults, with the public proffering various theories in that regard.

The CID, the AG demanded, should “endeavour to adhere to the contents hereof to ensure an effective handling of the case in order to vindicate the confidence of the public.”

There is an unsurprising public interest in the gruesome murder of the boy.

Being a delicate case involving accused persons whose age is for now a matter of puzzlement, the AG has reminded the CID Chief about the need to adhere to the provisions of the Juvenile Justice Act, 2003 (Act 653).

He especially referred him to the section regarding the interview of juveniles as covered by Section 13, which as he pointed out, should be restricted to a juvenile court and a court of summary jurisdiction as in Section 17.

There is no doubt that the Attorney-General seeks absolute application of the relevant laws in the management of the accused, especially when their age statuses are established.

The key areas the AG wants the CID Chief to consider in the ongoing investigations are the sections in the law concerning presumption and determination of the age of the suspects, appearance in court and bail, remand of a juvenile and the mandatory stipulation for an expeditious hearing in the case of a juvenile charged with an offence as it appears in Section 33 of the Juvenile Justice Act, 2003.

The AG also reminded the CID Chief about the requirements of Section 120 of the Evidence Act, 1975, NRCD 323 relating to confessions.

One of the accused persons is reported to have made some confessions about the offences for which they are being held.

The determination of the appropriate ages of the accused persons, the AG pointed out, while being a matter of urgency, will determine whether the suspects will be subject to the juvenile justice system of the Criminal and Other Offences (Procedure) Act, 1960 (Act 30).

Should it be determined that the accused persons are juveniles, the AG pointed out, “be mindful of the effect of Section 17(3) and (4) of the Act which requires a charge made jointly against a juvenile and a person of more than eighteen years as well as a charge against a juvenile for an offence which if committed by an adult would be punishable by death, to be heard by a court of summary jurisdiction other than a juvenile court.”

Should it be determined that the suspects are juveniles, the AG reminded the CID it will be mandatory to complete prosecution within six months, failing which he added “the juvenile ought to be discharged and will not be liable for further proceedings in respect of the same offence.”

The AG was emphatic about not allowing a failure justice in the Kasoa murder case.

The country was stunned by the unusual murder of an eleven-year-old boy by two persons whose ages now remain a matter of contention.

The suspects, having been charged already in a Kasoa District Court, have prompted a national conversation about moral degeneration and the need especially to restrict the contents of television commercials.

One of the kids had told the police earlier that he was encouraged by a television commercial about a money-making spiritualist who demanded a human being and an amount of GH¢5,000.

The duo, Felix Nyarko and Nicholas Kwame Kini, are said to have conspired to murder eleven-year-old Ishmael Abdallah, with the intention of presenting his body to the spiritualist to make them become billionaires.

Abena Ghana To Host ‘The Journey’ Show On Adom TV