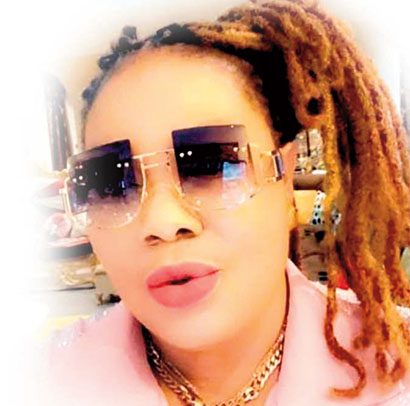 Police officers and National Security Intelligence operatives in collaboration with officials of the National Communications Authority (NCA) yesterday arrested Patience Asiedua, a fetish priestess who goes by the popular name Agradaa, and shut down two television stations belonging to her.

The state security agents descended upon Thunder and Ice1 television stations, both transmitting signals from their Kasoa base in the Central Region without licence from the licensing authority NCA.

During the operation, agents seized two equipment each of which was said to be used in the illegal transmissions.

Nana Agradaa or Okomfo Agradaa, a household name in Accra and beyond, is associated with the money-making rituals, something largely advertised on her television stations.

She is known for her ‘Sika Gari’, a supposed money-multiplying ritual intervention which she describes as her personal god and advertises lavishly on her television stations.

Agradaa has not denied engaging in an illegality and was in custody at the time of composing this story even as investigations continue.

In the aftermath of the murder of 11-year-old Ishmael Mensah Abdallah by two Kasoa teenagers, one of who claimed to have fallen for a television advertisement about a money-multiplying ritual, there has been an unbridled public outcry against channels undertaking such commercials.

The television space is choked with all manner of commercials promoting assortment of spiritual interventions, some of them putting morality on the line.

In the heat of the public outcry, many lashed at the relevant regulatory authorities for their seeming apathy as the television stations flourished with their undesirable contents.

That some of the stations even operated illegally, adds to the puzzlement of the public who want to know why there has been such a delay in clamping down upon the illegality.

Perhaps Ghanaians are beginning to witness a fresh approach to regulation by the authorities in the aftermath of the Kasoa murder.

The arrest of Okomfo Agradaa was confirmed by Minister of Communications and Digitalisation, Mrs. Ursula Owusu-Ekuful on her official Facebook page.