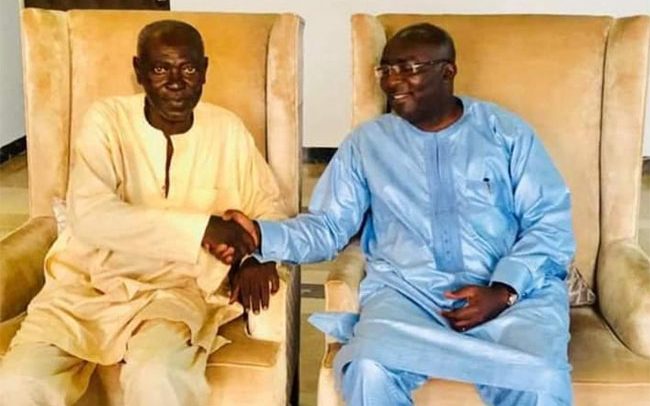 The Northern regional leadership of the ruling New Patriotic Party (NPP) led by Chairman Mohammed Baatima Samba, has received with shock and sadness news of the demise of one of its longstanding patriots in the region, Peter Tuffuor popularly known as Chenchen.

A statement signed by the Regional Chairman, Mohammed Samba expressed shock by the fact that few weeks ago they had the unpleasant duty of mourning with the late Chenchen on the passing to glory of his beloved wife.

The statement indicated that Mr Tuffuor was a great stalwart of the NPP in the region for many years adding that his commitment to the NPP was solid right from the inception of the 4th Republican democracy in 1992 From which time up to his death.

“He served the party dutifully in various capacities up to the position of regional treasurer. His death therefore comes as a rude shock to the party in the region as it represents a colossal loss of one of the remaining institutional memory points of our party and a great source of wise counsel for leadership.”

Chairman Samba on his own behalf and on behalf of the NREC and the entire NPP family, conveyed their sincere condolences to the immediate and extended family of the late Peter Tuffuor.

He assured that the regional party stands ready and willing to not only provide a befitting burial for their fallen hero, but also to provide any support that the family will be in need of during these extremely difficult moments.

The Vice President recently paid a visit to him.

5 Ghanaians arrested in UAE Over Marijuana