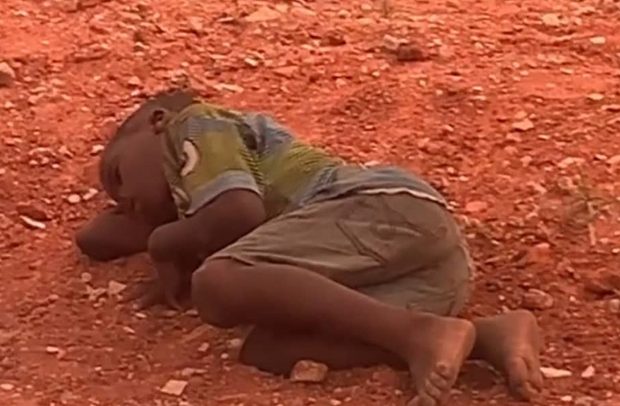 Award-winning Ghanaian female comedian, Rosemond Alade Brown, known widely as Akuapem Poloo, has supported a hungry street child with some amount of money after she spotted him sleeping by the roadside.

In a video sighted by DGN Online on her Instagram page, some spectators passed by the hungry child without extending any helping hand to him.

The actress after observing the state of the child called him and gave him an amount of money to fed on.

Akuapem Poloo captioned her post saying,” I wish I could take him home 🤦‍♂️aww my heart is broken 💔as a mother, the way he said thank you meltdown my heart❤️”

She later warned the boy not to sleep by the road again since he can be harmed.

Some Ghanaian celebrities including award-winning rapper Eno Barony and Prince Bright of 4×4 reacted to the video, applauding Akuapem Poloo and called on Ghanaians to support.