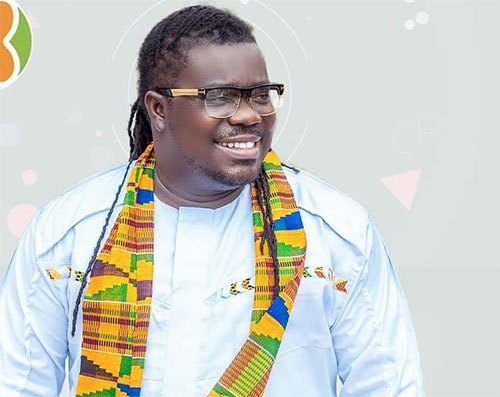 Ex-President of the Musician Union of Ghana (MUSIGA), Bice Osei Kufour aka Obour, has appealed to Ghanaians to retain Akufo-Addo as the president of Ghana in the upcoming 2020 elections.

Speaking in a short musical skit to promote the good works of the President, he explained that Akufo-Addo deserves deserve four more years because he has delivered on his major campaign promises to Ghanaians ahead of the 2016 elections.

That, he stated, include the Free Senior High School (SHS) policy, ‘One District, One Factory (1D1F), among others, which put the current government ahead of the opposition.

“One good term deserves another. Fellow Ghanaians, it is only the New Patriotic Party that when you give power to will bring development,” he said.

“They brought ‘Planting for Food & Jobs’ that is providing enough food, Nation Builder Corpse (NABCO), ‘One District One Factory’ has a lot of jobs for the youth. Today, every constituency has an ambulance, for the sake of our children future, there is Free SHS every family is benefiting from; we have to protect it. When COVID-19 came, we had free water and light. Nana is a president who values and has compassion for Ghanaians. On December 7, take a firm decision to vote for President Akufo-Addo and NPP aspiring members of Parliament…Four more for Nana to do more for you,” he appealed.

Obour, who is a member of the NPP, earlier in June 2020 contested and lost the party’s primaries to elect a candidate to face the NDC in Asante Akyem South Constituency.  He lost the election to the incumbent MP for the constituency, Kwaku Asante Boateng, but has since joined the NPP campaign team to bring victory to the party.

And explaining why he recorded the musical skit to support Akufo-Addo, he indicated on Instagram that “four amazing years of incredible leadership rekindles the music in me.”

As an entertainer, Obour joins the likes of Samini, Sarkodie, Shatta Wale, Afia Schwarzenegger, Jessica Williams, Prince David Osei, Bibi Bright, Nicholas Omane Acheampong and a host of others who have all endorsed Akufo-Addo for four more years.