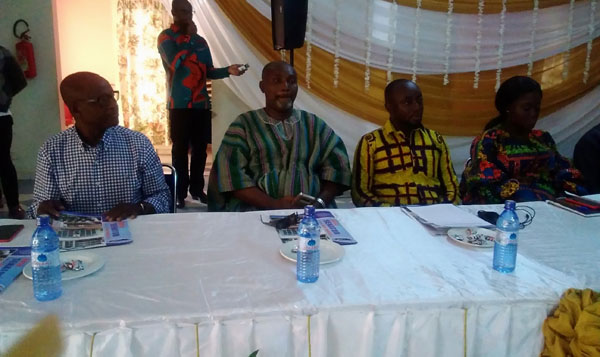 President Akufo-Addo has begun the process of fulfilling his promise to award educational scholarship schemes to children of farmers and fisher folks to pursue tertiary education.

The President announced a total of 24 scholarships for children of the 2018 National Best Farmer Award winners for tertiary programmes.

On Friday, the Scholarship Secretariat, in collaboration with the Ministry of Food and Agriculture, held a stakeholder consultation in Kumasi in fulfillment of the President’s promise.

He stated that “as I speak now, the good news is that our budgetary allocation in respect of the realization of this important agenda, which was not just a political mantra, has been approved by the Ministry of Finance.”

Mr. Agyemang said the consultative forum is to support the implementation plan to give meaning to the pronouncement by the President.

He pointed out that the scholarship package is not based on academics of the potential beneficiaries.

“The people that bring about the value should be well educated,” he said.

He added that the scholarship is tailored-made for the wards and dependents of farmers and fishers.

Chief Director of the Ministry of Food and Agriculture, Robert Patrick Ankobiah, stated that for the nation to reap the full benefit of agriculture, innovative ideas are needed.

“The introduction of scholarship awards for wards of farmers is innovative just like ‘Planting for Food and Job,’ and now ‘Planting for Export’ to transform the agriculture sector.

“The ministry is toping this up with a new programme dubbed, ‘Rearing for Food and Jobs.’ This time, we are shifting to livestock,” he disclosed.

According to the MoFA Chief Director, these programmes and many others initiated by the government underscore the present administration’s commitment to transforming agriculture.

“Even as farmers, we are now aware education drives everything in life, more so in agriculture from enhancing your productivity to looking for market.”