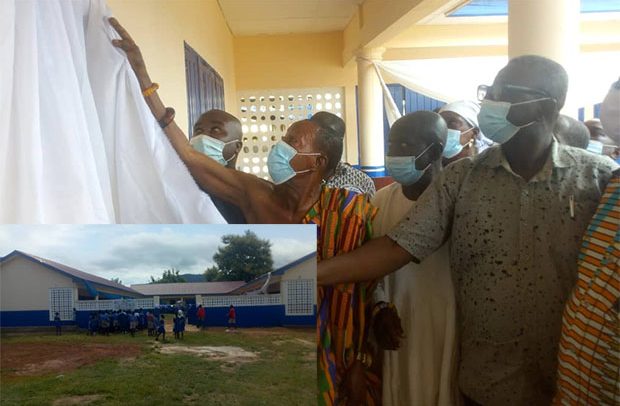 The District Chief Executive (DCE) of Fanteakwa South in the Eastern Region, Ntori Adjabeng, has commissioned a six-unit classroom block and a six-seater WC toilet facility at the Hemang Presby Primary School.

The projects, which were funded by GETFUND, were handed over to the school’s authority on May 19, 2021.

The Coordinating Director for the Fanteakwa District Assembly South, John Paddy, who represented the DCE, speaking at a short ceremony said the assembly and for that matter, the government, was committed to providing the infrastructural needs of the people in the district.

He assured that the assembly would continue to provide the needed logistics for effective teaching and learning in the district.

Mr. Paddy advised the pupils to take their studies seriously so that the effort towards building the classroom block would not go in vain.

He urged the community to help the assembly by paying their taxes and property rates for them to benefit from more developmental projects in the district.

The District Education Officer for Fanteakwa South, Matthew B. Ansah, thanked the assembly and promised they would put out measures to ensure the facilities would last longer for others to benefit.

Nana Kwabia Adobee, the Ankobeahene of Akyem Hemang, expressed his appreciation to the DCE and President Akufo-Addo for their efforts towards the development of education in the district and also the entire country.