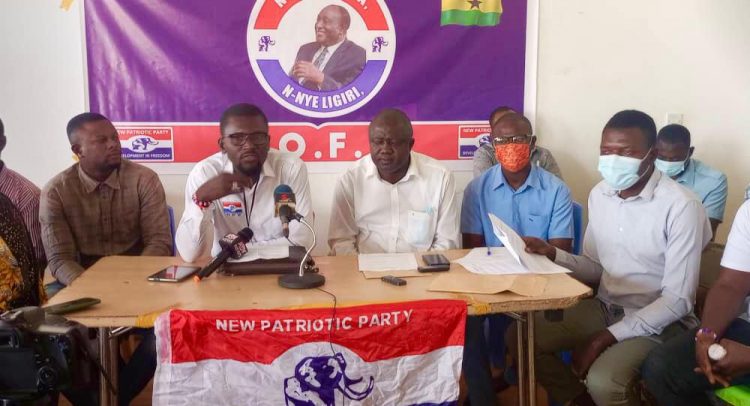 A group calling itself North for Alan has registered its displeasure at what they describe as a selective application of party rules and sanctions.

It has therefore called on the regional and national leadership of the party to create a level playing field for all interested party members.

According to the group, defying directives from the party by some party executives and MPs in the Northern region will jeopardize the Party’s chances of uniting for victory ahead of the 2024 presidential and parliamentary elections.

Sometime last year, the General Secretary of the party John Boadu, announced rules and regulations to govern the conduct of would-be aspirants’ election to various executive positions in the party.

They were also to check the conduct of the supporters of such would-be aspirants, especially those aspiring to the flagbearership position of the party.

They indicated that unity and fairness to all are what will guarantee the NPP a chance to Break the 8, not a selective application of the rules as is happening now.

“We wish to state categorically that if some people have the right to declare support for other aspirants, then we who believe that the leadership of Alan John Kyerematen also have an equal right to express our preference without any fear. The NPP is a Democratic Party that believes in and upholds alternative views, tolerance, and choice based on free will.”

At a press conference in Tamale, Sayibu Gafaru, Secretary for the North for Alan group accused the northern regional executives and some others of violating the party’s rules.

“Since the announcement, several high ranking members of the Party have openly declared support for some of the aspirants. These actions are clearly in violation of the Party’s rules.”

“Meanwhile, party members who also show support for Hon Alan Kyerematen are treated like criminals who have to be chased out of the party.”

Mr. Gafaru stated that the North for Alan the group will vehemently resist all attempts to suppress, victimize and intimidate patriots who show support for Alan Kyerematen and warned that should other members of the party fail to obey the party’s directives on campaigning, the North for Alan will also start campaigning in the Northern region.