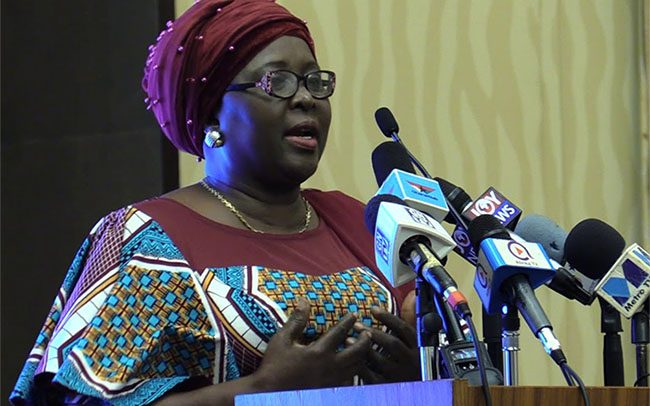 RAFELA-GHANA — a network of global women campaign aimed at promoting gender equality and the economic empowerment of women in Africa — has been launched in Tamale, the Northern Regional capital, by the Minister of Local Government, Hajia Alima Mahama.

During the launch, the minister, who was the guest of honour, underscored the need for concerted efforts to push for more women participation in the decision-making process.

She disclosed that only 8.1 per cent of women presented themselves for the just-ended district assembly elections, but only 3 per cent were successful in the election, adding that “the country needs to do more.”

The President of the Ghana chapter of RAFELA, Hajia Mariam Iddrisu, gave an assurance that concerns of women were at the heart of local government policies and strategies.

She indicated that the network was committed to ensuring the participation of women in decision-making within government institutions, and strengthening women economic empowerment and the promotion of women leadership in local communities.

Hajia Mariam Iddrisu, who doubles as the Municipal Chief Executive for Sagnarigu in the Northern Region,  explained that RAFELA is the Gender Equality Committee of United Cities and Local Governments of Africa (UCLG-A).

She said the membership of RAFELA envisages ‘Africa cities free of street children’, ‘zero tolerance for gender-base violence’, ‘an environment favourable to the economic empowerment of women’ and ‘equal participation of women in political governance.’

She said RAFELA Ghana Network was working with gender-based organizations to encourage women to become proactive in governance.

She tasked the representatives of the network in the 16 regions of Ghana to collaborate with non-governmental organizations and civil society groups to implement RAFELA campaigns in the various regions.

”We are going to work closely with the Office of the First Lady who has agreed to be the Patron of the network, the Ministry of Local Government and Rural Development and Ministry of Gender, Children and Social Protection to see to the achievement of the four main campaigns of RAFELA-Ghana chapter,” she disclosed.

Hajia Iddrisu, in January last year, was voted among the leadership of Pan African Council of REFELA for 2019-2021 at its General Assembly held in Marrakesh, Morocco.

She has been working closely with Ghana’s Ministry of Gender, Children and Social Protection, the Ministry of Local Government and Rural Development, First Lady of the Republic of Ghana and NGOs working in the area of Women Empowerment and Child Protection towards the promotion and implementation of the four main campaigns in Ghana.

REFELA supports the development of women leadership within African cities, MMDAs/Electoral Areas and the inclusion of the concerns of women in the definition and implementation of African cities and local governments’ policies and strategies.