All Is Set For Royal Dialogue On Climate Action In Kyebi 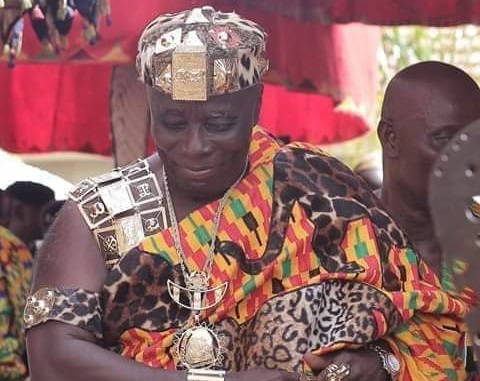 The Okyenhene, Osagyefuo Amoatia Ofori Panin, will on Tuesday, October 26, host a Royal Dialogue on Climate Action and the Sustainable Development Goals (SDGs) at the Ofori Panin Palace in Kyebi in the Eastern Region.

President Nana Addo Dankwa Akufo-Addo, co-chair of the Eminent Group of Advocates for the SDGs, would deliver the keynote address.

A visit on Monday to the Ofori Panin Palace in Kyebi, revealed that all is set for the Royal Dialogue on Climate Change Action and the SDGs.

The overarching objective of the Royal Dialogue is to provide a forum for reflection and dialogue on Climate Action and the SDGs, and define collective actions at the sub-national level to accelerate progress towards the SDGs and Ghana’s commitment under the Paris Agreement.

The pre-26th United Nations Climate Change conference (pre-COP26) event under the patronage of Osagyefuo Amotia Ofori Panin is being organized by the SDGs Advisory Unit, Office of the President and the Okyeman Environment Foundation.

‘Aboboyaa’ Banned From Plying Major Highways In Accra From Nov. 1