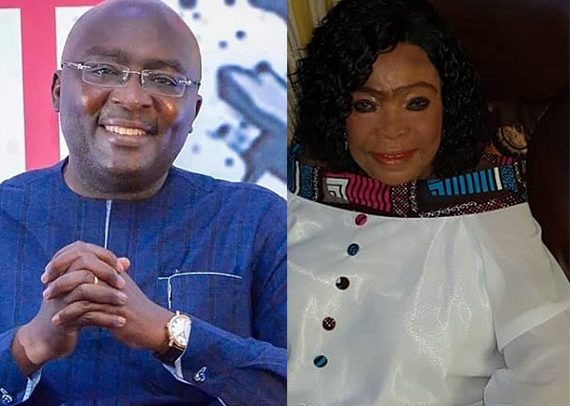 A founding member of the New Patriotic Party (NPP), Amma Busia, has gone to the media with her high rating of Vice President Mahamudu Bawumia’s performance.

The former banker now politician, according to her, “has paid his dues to the New Patriotic Party… I told President Nana Addo Dankwa Akufo-Addo that if I ever opposed his selection of Dr. Bawumia as running mate, he should please forgive me. That young man (Dr. Bawumia) is a gem. I hold Dr. Bawumia in high esteem and have unwavering faith in him.”

The octogenarian was speaking on Okyeman TV when she added that she has unwavering faith in him.

Fondly called Anti Amma Busia, she initially opposed the choice of Dr. Mahamudu Bawumia as running mate to the then flagbearer Nana Akufo-Addo, a position which changed when she observed his performance on the political space in both opposition and in government.

As to what informed her change of impression, she pointed at what she said is the Vice President’s demeanour, determination, dedication and competence.

From a politically unknown figure, the Vice President rose immensely to become a household name countrywide and worldwide.

To his credit are the country’s strides in digitisation, excellent management of the economy which at the inception of the NPP government under President Akufo-Addo was in tatters and required ingenuity to turn around. Dr. Bawumia did just that and continues to do so.

The mobile phone interoperability and the gradual movement towards a cashless society he initiated and continues to nurtureare cases in point about his seismic performance in governance.

Madam Amma Busia is the sister of the late Prime Minister K.A. Busia and former Opposition leader during the Kwame Nkrumah regime.

She played a key role in halting the crisis which the NPP was embroiled during the Afoko chairmanship days.