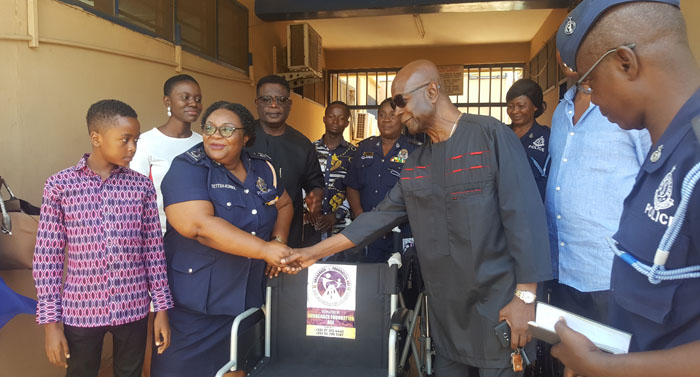 The donation was aimed at aiding the transportation of injured patients who report to the facility for medical attention.

Presenting the items, the Chief Executive Officer (CEO) of the foundation, Joseph Kwame Boahene, said after observing the inadequate medical equipment supply to public hospitals, the foundation decided to donate nine of the wheelchairs to the Police Hospital.

“This is the first in a series of donations that will be made to various hospitals across the country,” the CEO disclosed.

He revealed that ANNAGRACE Foundation, being a charity organization in support of reducing road accidents in Ghana, remains committed in terms of harnessing all the resources available to it through its benefactors in the Diaspora.

She said that wheelchairs are mainly used to support patients from their vehicles to the ward or unit where they receive treatment.

“There is pressure on the few ones we have available and we believe that this will go a long way to support patients who are carried with wheelchairs,” she added.

Dr Kofi Mbiah, principal partner of the foundation, urged drivers to try and save lives by being patient on the roads.

AirtelTigo Invests In Education In 3 Regions