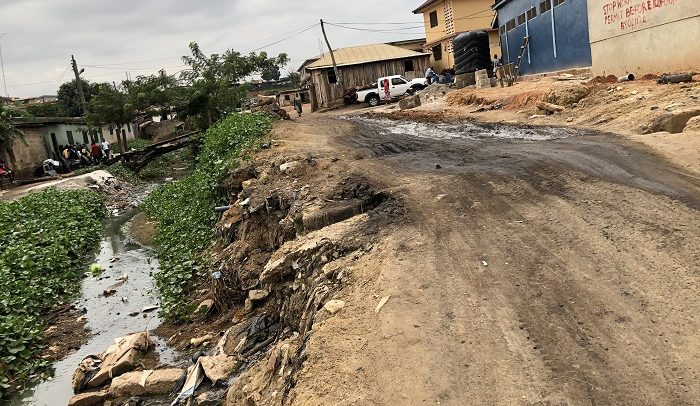 THE MINISTER of Inner City and Zongo Development, Mustapha Hamid, has added his voice to calls for deplorable roads at Anwiam-Dagomba Line in Kumasi to be fixed.

According to him, the roads in the densely populated Zongo community at Oforikrom East are rapidly becoming unmotorable, for which reason they should be repaired.

The minister made the call when he paid a working visit to the Anwiam Hospital Annex and the Anwiam-Dagomba Line community to assess problems facing the people.

Due to the bad nature of the roads, the movement of people as well as goods and services has now become extremely difficult, as it is almost impossible for drivers to even transport sick people that need urgent medical attention to the only major health centre in the area.

Mustapha Hamid lauded the management and staff of the Anwiam Hospital Annex for their hard work and sacrifices to the country in spite of mounting challenges.

The minister said he had personally seen the deplorable nature of the road and so his ministry would liaise with the appropriate agencies to get the roads fixed soon.

The Assemblyman for Oforikrom, John Nketiah, disclosed that most of the roads in the area were being washed away by erosion, stressing that the roads needed immediate attention.

According to him, the Anwiam-Dagomba Line road project was abandoned about two decades ago. He bemoaned that the neglect had resulted in floods and other challenges.

“We need to build storm drains before the road is fixed to ease the movement of people and goods; the roads minister should come to our aid,” he appealed.