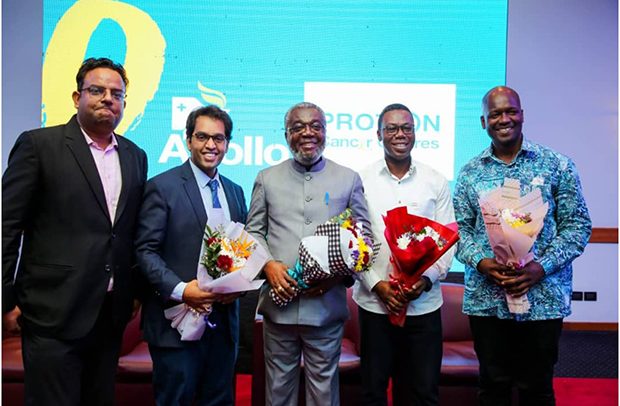 Apollo Proton Cancer Centre (APCC), India’s first Joint Commission International (JCI) accredited Cancer hospital, has announced its intention to expand its services to Ghana.
The hospital, which is the first and only proton therapy centre in South Asia and the Middle East with expertise in Proton Beam therapy made this known at a knowledge sharing experience with healthcare providers in the Accra.
Deputy General Manager, International Marketing, Amit Chaturvedi, said the hospital in the short term would establish a service centre that would assist patients who would want to access the services of the health facility.
“The personnel at the service centre would provide patients with information about the services offered and take them through the requirements to access its services in India,” he said.
In the long term, he said, the hospital is looking at facilitating training of healthcare officers in the expertise for specialised services like organ transplant and new medical technologies.
Consultant, Radiation Oncology at the Apollo Proton Cancer Centre Dr. Nagarjuna Burela, explained the use of the Proton Beam Therapy.
He said the proton beam therapy is a radiation therapy that uses tiny particles called protons as excellent cancer cell killers.
“Protons deliver their energy but do not damage healthy tissue in comparison to photon therapy. Therefore, a higher dose of radiation can be targeted at the tumor without affecting many normal healthy cells.
Proton therapy can be effective in treating many types of tumors, including tumors of the brain, head and neck, central nervous system, lung, prostate, and gastrointestinal system,” he added.
Dr. Nagarjuna maintained that Proton Therapy has emerged as an “excellent treatment modality for a number of cancers.”
Sharing his experience at Apollo Proton Cancer Centre, Mr. Michael Asamoah, who was diagnosed with brain tumor in April 2022, said Dr Arvind Sukumaran, Senior Consultant Neurosurgeon, and a team of medical staff gave him the best treatment at APCC.
“The treatment lasted for a week or so and I was discharged within two weeks. The staff at APCC gave us hope and, I believe, the staff at Apollo Proton Cancer Centre can do anything considering their in-depth knowledge and extraordinary line of treatment supported by advanced technology,” he said.
Mr. Asamoah whose treatment was sponsored by the Tobinco Foundation underwent complete resection, and it was a benign lesion called subependymoma. After the treatment, his vision has improved.
Presidential Advisor on Health, Dr. Anthony Nsiah Asare, who graced the knowledge sharing session assured them of the government’s support but urged the centre to fast truck plans for the training of local health professionals.
He also urged the private sector to be actively involved in the provision of healthcare in the country. 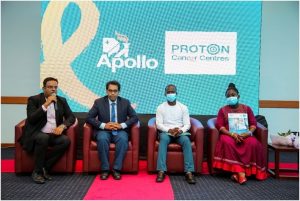