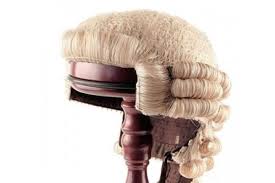 A Court of Appeal judge, Justice Paul K. Gyaesayor has died suddenly after complaining of ill health at work on Tuesday.

The late Justice Gyaeseayor until his untimely death was one of the senior most Justices of the Court of Appeal.

Although the course of death is unknown, there are wild rumours that it could be COVID-19 related.

He was at work today but complained of ill health and had to go home and the Judicial Service later had the sad news that he passed on.

A source close the late judge told DGN online that Justice Gyaeseayor was not known to have complained about any serious underlying health issues, but he had an eye surgery in the United States not long ago.

His demise has thrown a cloud of fear around the Judicial Service as there are rumours that a number of judges have contracted Covid-19 and might be self-isolating.