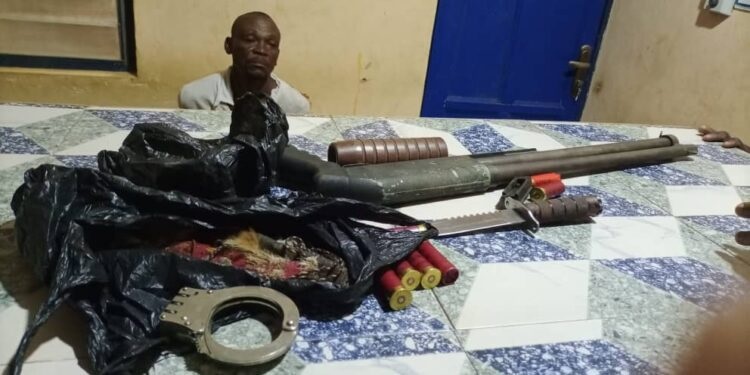 Police in the Upper East Region have arrested a suspected armed robber who attempted to rob the Head Pastor of the Church of Pentecost at Sadema at the mission house.

Information available to DGN Online indicates that, Agriwen Owen was spotted by the Police patrol team on a high-speed riding an unregistered Yamaha AG motorbike.

Owen was stopped by the police but he refused to stop and was given a wild chase by the Police and was arrested at Azimzim.

On his arrest, the police retrieved a pump-action gun, a jack knife, one hand cuff, seven AAA live cartridge, one empty AAA cartridge and a talisman concealed in a bag he was holding.

The Head Pastor of the Church of Pentecost on the same day reported that Agriwen Owen came to his mission house at Balansa a suburb of Sandema and tried to rob him.

Agriwen Owen was sent to the Navrongo Division for further action.

House Of DL Supports The Needy