Assemblyman, Others Remanded At Chereponi – Over Firearms Possession 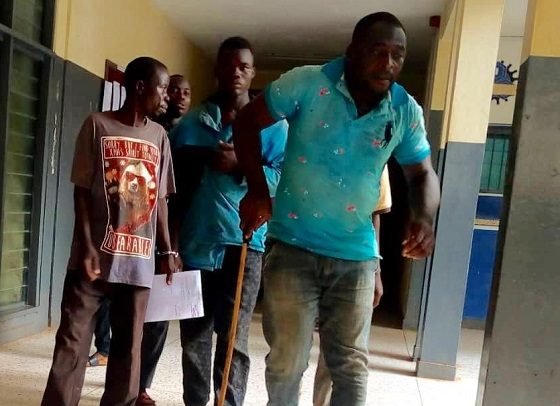 ASSEMBLYMAN FOR the Naja Electoral Area in the Chereponi District of the North East Region, John Blanyani Yijun, and three others – Kapooni Beyii, Mmugabit Bigmba and Ngisa Bawa – have been remanded in prison custody by the Tamale High Court.

The court, presided over by Justice Richard M. Kogyapwah, charged the four for possessing firearms and ammunition without a valid permit.

Expected to reappear before court on June 11, 2019, they have pleaded not guilty to the charges.

Mr. Yijun is alleged to be the main supplier of firearms and ammunition to his ethnic group (Konkombas) and that anytime the security moved to seize the arms and ammunition, the accused relocated, a situation which contributed to the escalation of the conflict between the two feuding tribes.  This also obstructed the police and military in the performance of their duties.

On 23rd May, 2019, the security personnel had intelligence that the accused person was in a meeting with village folks to distribute weapons to them and so the team moved to the scene and in an attempt to arrest the accused, irate youth resisted and attacked the team shooting at them. However, the team managed to arrest the accused person and sent him to the police station, where he was later transferred to the regional police CID for further investigations.

The three others were also arrested at Mababori and Kwame Nandoni communities – both near Chereponi.

A search conducted on them after the arrest revealed two single barrel guns and 46 cartridges.

In court, the lawyers of the accused persons argued that their clients were forcibly accused of the allegations adding that there were guns everywhere due to the conflict in Chereponi and that his clients were arrested around where a gun was found lying down.

He pleaded with the court to grant his clients bail and gave an assurance that if the bail demanded that the accused persons should report daily to the police, he would ensure that was done.

Justice Kogyapwah, after listening to both lawyers, decided that since the situation in Chereponi was still sensitive, the accused persons should go to remand.