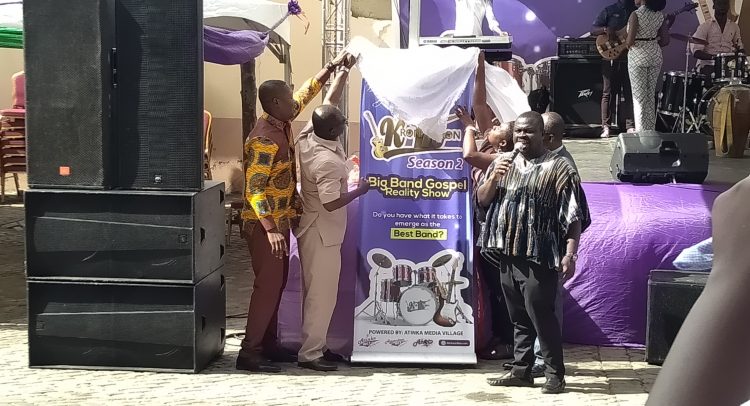 Scene from the launch

The 10-week long show seeks to redefine musical art of Christian worship by grooming talents who are well grounded in biblical teachings and gospel music.

An add-on to the second edition is the inclusion of bible knowledge, to test the depth of competing band members in Christianity.

In all, 24 bands would be selected from an auditioning stage to an eviction stage that would eventually have eight bands competing at grand the finale.

The Managing Director of AMV, Albert Kwabena Dwumfour, announced that bands that included Persons with Disability (PWD) would get an automatic qualification to the eviction stage of the competition; while the first three winners of the competition will have a GH₵100,000 recording contract.

Awarding of the contract he said, would be in addition to prizes for the top three winners, which consisted of musicals instrument and a GH₵10,000 for the winner and first runner up and GH₵5,000 for the second runner up.

He also noted that the platform of the competition would be used to promote sanitation by particularly discouraging the use of plastics.

“AMV’s project “Say No to Poly Bags” is aimed at protecting the environment by encouraging the use of paper bags instead of poly bags” he said.

A Kronkron faculty member, Kofi Opare outlined the criteria for contestants to meet before joining the competition.

These he mentioned, would include compulsory affiliation to a church denomination, band not exceeding 12 persons and that a bands should arrive two hours ahead of performances throughout the competition.