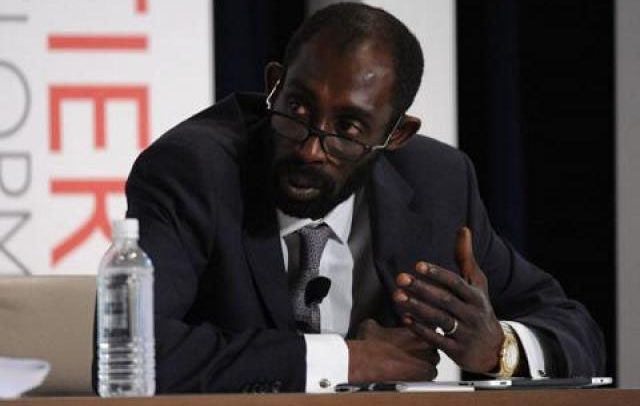 Chief Executive Officer (CEO) of Intervalle geneve SA, Njack Kane, has urged Ghana and other Sub-saharan African nations to walk the talk in their quest to attain rice self-sufficiency.

Mr. Kane, a Senegalese and once one of Africa’s largest rice importer, made the call on Thursday, June 27, 2019, at Aburi in the Eastern Region in an interview with Daily Guide on the sidelines of a meeting organised by the John A. Kufuor (JAK) Foundation.

The meeting brought together key stakeholders – including the Ghana Rice Inter-Professional Body (GRIB), ADB, MOFA, the School Feeding Programme – from across Ghana to deliberate on how best to build a sustainable value chain in the nation’s rice sector through policy and advocacy.

Ghana has envisaged attaining rice self-sufficiency by 2023 as indicated by the Minister of Food and Agriculture, Dr. Owusu Afriyie Akoto, on Thursday, May 30, 2019.

The Minister had indicated that “it is projected that domestic rice production will increase from the current 456,000 MT of milled rice (2018) and reaching self-sufficiency by producing 1,665,000 MT by 2023.”

Various initiatives being undertaken by Government are anticipated to increase production to address current deficit level of 656,000 metric tonnes to a surplus of 365,230 metric tonnes in 2023.

But Mr. Kane argued the country and indeed the entire African continent cannot achieve self-sufficiency when governments fail to move beyond the perennial talk shows to practical action.

He reminded leaders on the continent that shortages of rice in the past have led to toppling of some governments specifically in Liberia and Sierra Leone and that if care was not taken similar thing could happen again.

“Let me remind that in past, governments have fell because of lack of supplies of rice. It happened in Sierra Leone, it happened in Liberia on two occasions and in 2009 it almost literally happened; It has happened at least in four five nations and there has been some riots.”

There was the threat of rice shortages in West Africa in 2008 and 2009, Mr. Kane recounted, as he stressed the need to address the fundamental challenges facing the continent in growing rice that can meet the demands of its citizens.

He lamented that “the fact of the matter is until two years ago, no government has been serious about the self-sufficiency, anxious to take the right measure to make sure the conditions met to reach self-sufficiency.”

According to him, “we all know in order to make it happen, we need irrigation scheme; you cannot depend on rain especially in the climate change era. So it has to be irrigation.”

He noted that “now, we know the challenge of irrigation; the cost of irrigation is massive and no private sector can do.”

Even if a private investor wants to finance irrigation project, he said“…the need is that Government has to have a proper business plan showing economical and financial returns; establish a strong governance in the development of this infrastructure; and very important ensure before starting of the programme, how this will be operated on a private sector basis.”

According to him, “Government cannot grow rice; government cannot sell rice. Government has to establish the enabling environment and provide infrastructure; then clear visibility for long term investors – both national and international to come massively into the financial scheme. Unless this happen, we will keep talking; we will keep making promises.”

He said in West Africa it was only Ghana and two other nations that have taken the right measure to achieve self-sufficiency.

But he noted that it should not only be the Ghanaian government’s decision to achieve rice self-sufficiency but rather all stakeholders including civil society and private sector.

He called for the protection of the rice market in West Africa and Ghana and the creation of an internal competition.

EC Must Protect Sanctity Of Right Of Choice – Rawlings