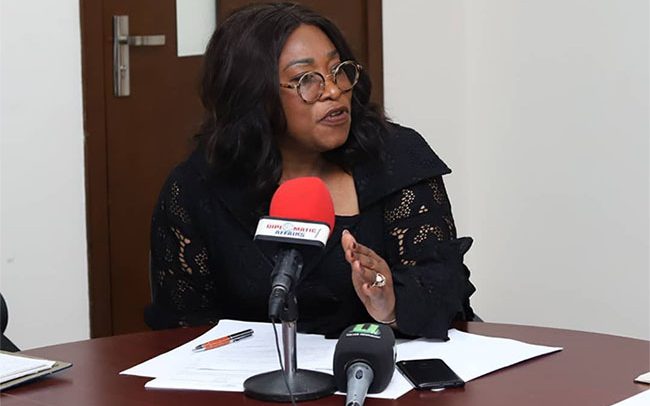 THE Minister of Foreign Affairs and Regional Integration, Shirley Ayorkor Botchwey, has said her ministry is working with the Interior Ministry towards the completion of all internal processes for ratification of the Africa Union (AU) Protocol on free movement.

“It must be noted that the Ghana Immigration Service is the lead agency with the mandate to handle issues relating to the subject matter of the protocol,” she told Parliament in Accra on Wednesday.

She was answering a question from the Member of Parliament (MP) for Bawku Central, Mahama Ayariga, on when the Foreign Affairs Ministry would present AU Protocol on free movement of persons to Parliament.

Madam Botchwey said her ministry had engaged both agencies to ensure that the appropriate cabinet approval was obtained for parliamentary ratification of the protocol.

According to her, upon ratification, the ministry would generate the requisite Instrument of Ratification for deposit at the AU Commission.

“It should be noted that a careful study of the status list of the protocol indicates that out of 55 countries, 32 countries have signed unto the protocol, including Ghana, and only four countries, namely Mali, Niger, Rwanda and Sao Tome and Principe have ratified the said protocol and deposited their instrument of ratification at the AU Headquarters,” she stated.

She pointed out that the said protocol was, therefore, not in force as it had not received the requisite number of 15 ratifications from member states for its entry into force, and added that Ghana would be one of the 15 countries.