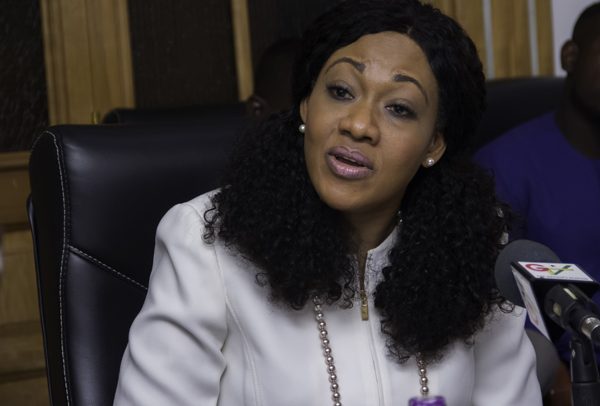 The National Democratic Congress (NDC) has never been in love with a replaced voters’ register. There is something about the old order that they would move heaven and earth to maintain.

Even when they were in government, the party stood against such an attempt and fought against it tooth and nail. Now that they are in opposition they still do not see the need for such an update.

The lead story in this edition shows to what extent they would like to go to scuttle the plans of the Electoral Commission (EC) to compile an enhanced register.

A leaked audio originating from the Functional Executive Committee (FEC) of the NDC, the voice of Elvis Afriyie-Ankrah, is indicative of the devious plans up the sleeves of the opposition party vis-a-vis a new voters’ register and the 2020 polls.

It is heartbreaking that a party which seeks to rule the country would consider such weird options in their bid to scuttle the work of the EC the midwife of our democracy’s cornerstone, elections.

Equally worrying is the fact that the Director of Elections of the party, Elvis Afriyie-Ankrah, would flaunt the violent past of the party as if it is something worthy of plaudits.

The EC must be supported by all Ghanaians to undertake its mandate of delivering to the people of Ghana a credible election if a new voters’ register is a factor for such success.

Former President John Mahama’s demand for a violent-free election is not in tune with his party’s Director of Election’s position that the headquarters of the EC be occupied and the nation’s capital brought to a standstill. That cannot be a responsible remark to make by an opposition party.

We would be surprised if this gentleman has not already been invited over the threat of occupation of the EC headquarters.

Memory of the dark chapter in our country’s political history when the NDC stormed the EC headquarters does not deserve commendation but condemnation, as it were. Mastery over violence should not be something to be proud of. Unfortunately for the NDC, it is both national chairman and flag bearer of the party have at different times pointed at a so-called revolutionary pedigree. How sad!

A replacement of the current voters’ register is long overdue. Even at the time efforts were made to do just that it was fraught with deficiencies, let alone today when so much water has passed under the bridge of elections in the country.

We recall rather painfully when a so-called forum was organized by the then EC chairperson to sample the opinion of political parties on the need to change the voters’ register.

Akua Donkor, supposedly leading a non-existent political party, and others said it was not necessary. Of course, they had lived to the billing of being aligned to the cause of the NDC.

It is interesting that NDC’s Elvis reminded his party top brass about how the NPP easily caves in under pressure. In his estimation and, of course, that of the NDC the voters’ register alteration proposal could easily be scuttled if the nation’s capital is brought to a standstill. Mischief and anti-country thinking by persons who claim to love Ghana does not inure to our collective national security.

The EC has been mandated by law to organize elections in this country and should do all it takes to ensure credible polls. Cacophony from a grouping which is synonymous with protests should not deter the EC from doing its work.

The National Security Council, we know, has taken note of the threats and will accordingly be forearmed. Where is the National Peace Council and, of course, our civil society organizations as the NDC engages in sabre-rattling?