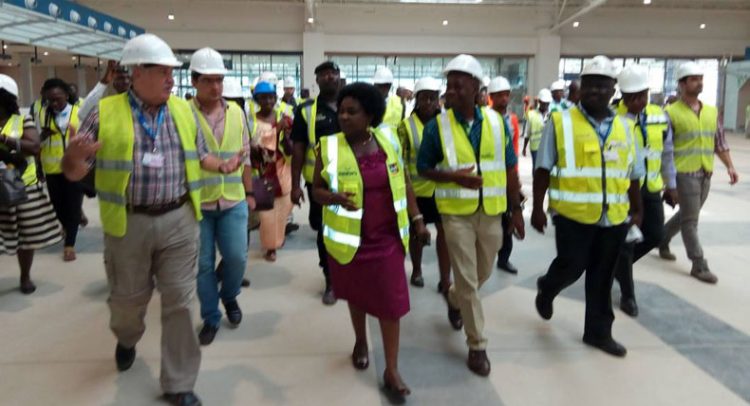 Minister of Aviation, Cecilia Abena Dapaah, has warned air passengers not to attempt to smuggle narcotics and other illicit drugs through the Terminal 3 of the Kotoka International Airport (KIA), which is expected to be commissioned soon.

She disclosed this to the media on Wednesday in Accra during her fourth and final inspection of the Terminal 3 project.

The Minister was at the site to obtain first-hand information about the progress of work at the terminal before it’s handed over to the Ghana Airport Company Limited, which has the primary responsibility over the facility.

“The most important thing is that people should not smuggle narcotics and unauthorized goods here,” she warned.

She said the contractors informed her that Terminal 3 would have special holding cell for drug peddlers.

The terminal has state-of-the-art scanning equipment capable of detecting illicit drugs that passengers hide in their bodies.

The facility will also have eight central screening security lanes to clamp down on the smuggling of illicit drugs, among others, BUSINESS GUIDE gathered.

The project is being executed by MAPA Construction MNG Holding and will comprise five levels spread across an area of 48,268 metres square.

The facility is expected to be commissioned by President Nana Addo Dankwa Akufo-Addo in the third quarter of this year.

Blows In Parliament: NDC Runs Riot Over US Military Deal