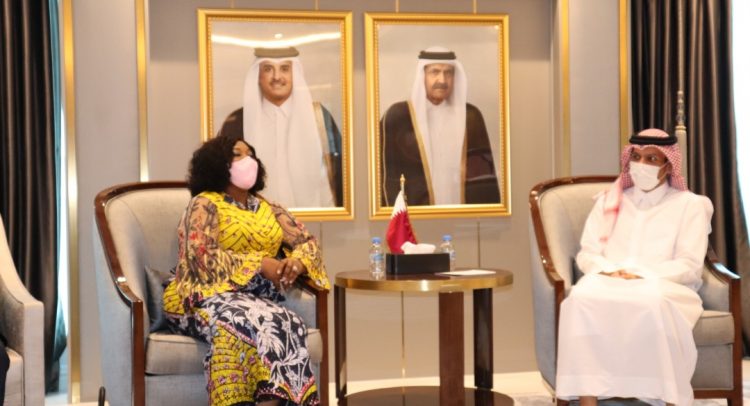 Madam Ayorkor Botchwey is on an official visit to the State of Qatar from 1st to 4th March, 2021.

During the meeting which was held on Tuesday March 2, 2021, she observed that her visit to Qatar was, principally, to deliver a Special Message from President Nana Akufo-Addo to His Highness the Emir of Qatar. 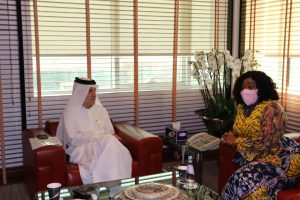 The message, accordingly is geared towards consolidating the existing friendly ties between the two countries.

During the meeting, she congratulated her Qatari counterpart for the hard work and dedication he has personally invested towards improving the bilateral and multilateral relations between the State of Qatar and other countries. 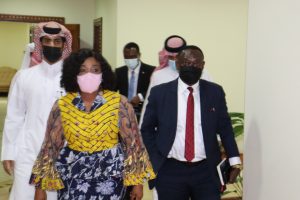 She mentioned that the visit had earlier been planned for October 2020 but had to be deferred owing to scheduling constraints.

According to her, the Government of Ghana appreciated the concrete steps taken by the two countries to strengthen diplomatic ties following the reciprocal visit of their two heads of state, particularly the inauguration of a weekly Qatar Airways flight to Accra, despite the constraints posed by the raging pandemic.

She acknowledged the importance of the various MOUs signed between the two countries and noted that the agreements will foster strong ties between Ghana and Qatar.

The Foreign Affairs Minister-designate emphasized that the MOU relating to the framework for close partnership between the two Ministries of Foreign Affairs will afford both countries the opportunity to hold regular consultations at least once every two years on bilateral relations and international issues of mutual interest.

She revealed that the Parliament of Ghana has duly ratified the Agreement on Mutual Visa Exemption for the Holders of Diplomatic and Special Passports between the two countries.

Consequently, she said Ghana looked forward to receiving notice of ratification from the Government of Qatar to pave way for its operationalization.

She further thanked her counterpart for the contributions made by Qatar to Ghana’s national development including education, health care, energy, and donations to build mosques in the country as well as extension of food supplies to the Ghanaian community during the height of the pandemic.

She specifically mentioned
the assistance given to Ghana’s oil experts on their visit to Doha to understudy Qatar’s oil and gas revenue-monitoring architecture, noting that Ghana had been keenly following the implementation of Qatar’s 5-year Food Security Programme from 2018-2023, which has led to Qatar being ranked as the number one (1) food security country in the Middle East and 22nd Global Food Security Index.

She told her Qatari counterpart
that Ghana had embarked on an industrialization programme to improve the living standards of its citizens through its flagship programmes, notably, Planting for Food and Jobs, Free Senior High School, One District One Factory, One Village One Dam, infrastructural development, among others.