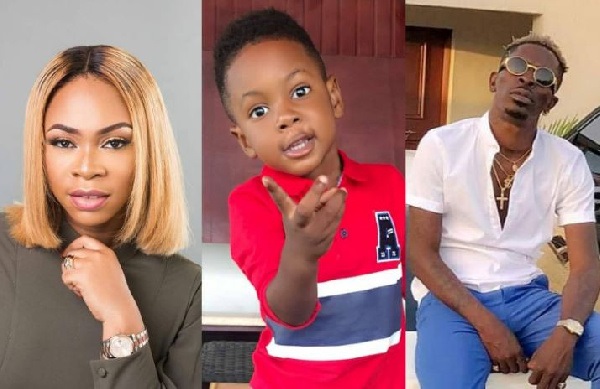 Controversial dancehall act, Shatta Wale, has disclosed that he is unable to spend time with his children because his baby mamas don’t grant him access to the kids.

According to him, he has as a result not been performing his duties as a father.

He made this known in a Facebook post when he wished himself a happy Father’s Day on Sunday.

He is, therefore, considering having new children so he can be a father to them.

He wrote: “Happy Father’s Day to me !! Though none of my baby mothers want me to see my own kids …They should keep them, ago born another ones for myself soonest. And I will give them the same names I chose for them (sic).”

Shatta reportedly has three children with different women. One lives in UK and two in Ghana. The most popular one of them is Majesty, who he had with his ex-fiancée, Michy, also a popular figure.

“My son gave me a World’s Best Dad card & I don’t know if he was being sarcastic or cute…call me zaddy from now on. Happy Father’s Day to my fellow responsible daddies. Have y’all noticed Father’s Day gifts are cheaper,” she said in an Instagram post.

11 More Years For Me To Die - Paa George