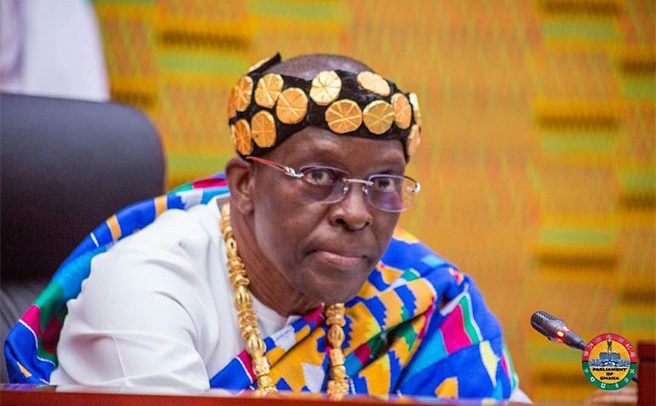 Speaker of Parliament, Alban S.K. Bagbin, has once again dispatched Kofi Attor, Chief of Staff at the office of the Speaker and another NDC man to represent him at an international programme in Indonesia, a snub of his two deputies.

Alban Bagbin is on record to have relegated parliamentary staff and his two deputies to the background; the sidestepping of the two deputy speakers reinforces the growing animosity between the Speaker and his deputies.

Speaker Bagbin, who was in Dubai for about two weeks spending some $170,000, chooses Kofi Attor and James Dabaga, his office staff, over his two Deputy Speakers to represent him at the Inter-Parliamentary Union (IPU) Conference in Bali, Indonesia, from March 20-24.

The conference is a high profile one for speakers and leadership of various parliaments. Mr. Bagbin had earlier denied using Kofi Attor, a former NDC MP for Ho Central, to represent him in parliamentary duties instead of delegating his deputies.

“The ‘NDC man’ in question, according to a release from the Office of the Speaker, is a former Member of Parliament, and currently works in the Speaker’s Secretariat as a Senior Advisor and undertakes duties assigned him by the Speaker.

“We wish to state that Hon. Kofi Attor is a former Member of Parliament, who currently works in the Speaker’s Secretariat as a Senior Advisor. The Speaker assigns responsibilities to him and the staff from time to time. In all these, he has never been assigned responsibility as deputy speaker and those who caused the publication should know this,” a statement from the Office of the Speaker in denial of disrespecting his two deputies and staff of Parliament said.

Contrary to the denial by the Speaker, that Kofi Attor is an ordinary advisor in his office, he is now at a high profile international conference in Indonesia. The two people are not parliamentary staff but part of the many NDC apparatchiks recruited by Speaker Bagbin upon his selection, and this is raising so much concern within certain circles of Parliament.