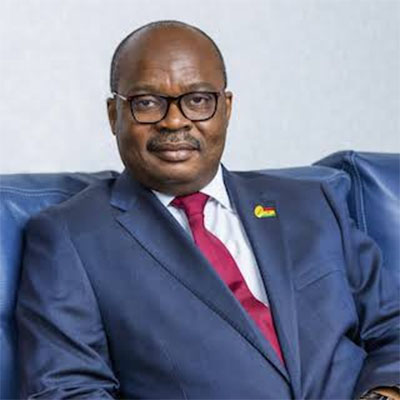 THE BRILLIANT monetary policies introduced by the central bank under the leadership of Dr. Ernest Addison have seen the banking sector remaining liquid, profitable and well-capitalized with strong buffers to withstand adverse shocks, while supporting the country’s recovery efforts from the Covid-19 pandemic.

Asset quality of banks has improved, evidenced by the Financial Soundness Indicators and the Banking Sector Stability Index, which remain in high positive territories as the industry’s capital adequacy ratio (CAR) of 20.0 per cent as at end October 2020 remains well above the regulatory minimum threshold.

Addressing journalists at a press conference yesterday in Accra, Dr. Addison made reference to the latest banking sector data as at October 2020, which indicated that total assets grew by 23.7 per cent year-on-year to GH¢150.0 billion while deposits also recorded an annual growth of 27.0 per cent to GH¢100.2 billion. He said total advances also went up by 13.7 per cent year-on-year to GH¢47.4 billion over the period.

“On the external sector, prices of key export commodities have traded mixed in the beginning of the year to October 2020. Driven by low demand, crude oil prices sharply declined by 36.5 per cent from the beginning of year to October 2020. Crude oil prices averaged US$41.1 per barrel in October, compared with US$65.2 per barrel average price in December 2019.

“On the contrary, gold prices increased by 28.3 per cent to average US$1,900 per fine ounce at the end of October. Gold prices have been largely supported by accommodative monetary policy, increased uncertainty and the global economic slowdown due to Covid-19. Cocoa prices averaged US$2,423.5 per tonne in October 2020, marginally down by 3.8 per cent on a year-to-date basis due to a pandemic-linked drop in global demand,” the governor noted.

Even though the foregoing commodity price developments impacted variously on the trade balance, he said in the first nine months of the year, total exports contracted by 7.9 per cent year-on-year to $10,790 million, driven mainly by the significant decline of $1,220 million in crude oil export receipts on the back of low prices.

“Gold and cocoa export earnings, on the other hand, went up by 8.0 per cent and 11.0 per cent respectively due to favourable prices and production volumes. Total imports slowed by $939 million to $9,244 million over the period, underpinned by significant declines in both oil and non-oil imports. As a consequence, the trade balance recorded a surplus of $1,545.6 million (2.3 per cent of GDP) in the first nine months of 2020, compared with $1,530 million (2.3 per cent of GDP) in the same period of 2019,” he emphasised.