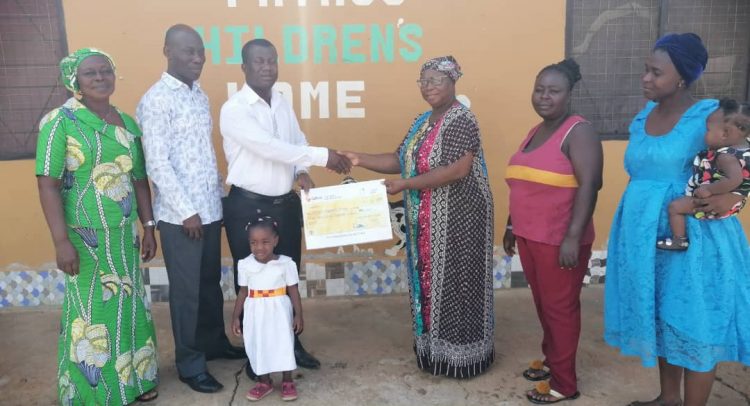 The Atasomanso branch of the Baptist Church (Livingspring) in Kumasi has presented cash of GH¢5,000 to the Patmos Children’s Home in the Adansi-Asokwa District of the Ashanti Region.

The cash donation is meant to increase the welfare and upkeep of the orphans, and assist the running of the home located in the Tewobabi community.

Chairman of the Body of Deacons of the church, Deacon Abraham Bamfi, who led a team of Livingspring Baptist Church members to the home, said that the donation was one way of fulfilling their biblical obligation and also addressing the social welfare needs of vulnerable people in society, particularly orphans.

According to him, the church took up the challenge to contribute towards the upkeep of the orphans since it was not enough to talk about the plight of unfortunate children in the society without addressing their needs.

“As we celebrate the 25 years of existence as Baptist Church, administering God’s word to people, there is also the need to look at the welfare needs of people in society, hence, this donation,” Deacon Bamfi stated as he presented a dummy cheque on behalf of the head pastor, Rev Raymond Antwi Fredua.

Proprietress of the Home, Madam Akua Mmerah, who received the cash on behalf of the 34 orphans, pledged that the money would be put to good use and for the benefit of the children.

According to her, the donation will go a long way to improve conditions at the home

She expressed the children’s appreciation to the church, adding that they at the home deem the gesture as the greatest love to be shown to them.