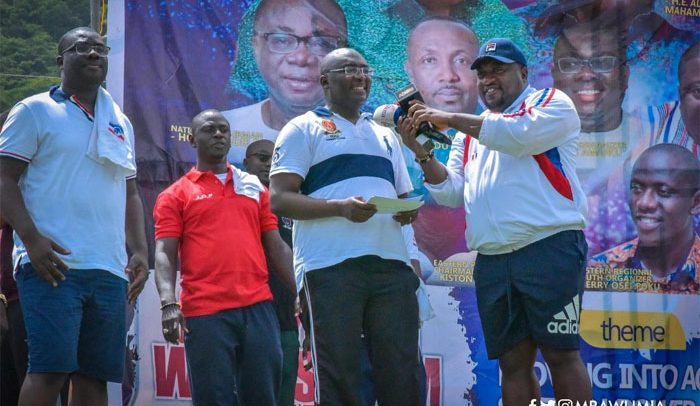 The Vice President of Ghana, Dr. Mahamudu Bawumia, has lambasted former President John Mahama for his recent doom prophesy about the future of the Free Senior High School (SHS) programme.

Mr. Mahama had recently complained about the high number of enrollment being recorded under the programme and Government’s plan to spend Ghc 2 billion on Senior High School education alone.

He had noted that parents would soon start loosing interest in the Free SHS.

Speaking at the University of Cape Coast (UCC) in the Central Region on Thursday, April 11, 2019, Mr. Mahama stated “what we are doing with this huge influx into the secondary school system [due to the free SHS programme]…is going to affect the quality of the public schools.”

He went on to predict doom for the pro-poor programme, saying “and soon we are going to find a system where people lose faith in public schools and everybody will pay to take their wards to private secondary schools. That is the danger we are talking about.”

But responding to the former President’s comments, the Vice President described the National Democratic Congress (NDC) which Mr. Mahama heads as “hypercritical.”

He added that ‘’but the NPP does not want to listen to the NDC who tell us free SHS is not good and saying other bad things with regards to the policies of the NPP’’.

He stated further that “we are going to follow the vision of Nana Addo Dankwah Akuffo Addo as we intended to improve the lives of Ghanaians. So we will deliver to reduce the suffering of this great nation, there is more to come”.

There has been a large intake of students since the President Akufo-Addo’s administration started the program in September 2017.

The first year of the programme recorded an upsurge in enrollment, with about 400,000 students starting school in the 2017/18 academic year.

The large intake forced Government through the Education Ministry, to introduce the Double Track System which was intended to give many more students the opportunity to benefit from Free Senior High School education.

GHc1.682 billion had been earmarked for the implementation of the Free SHS programme in the 2019 budget.

This means that the number of enrollment is bound to further increase exponentially.

We're Not Responsible For Dumsor - PDS