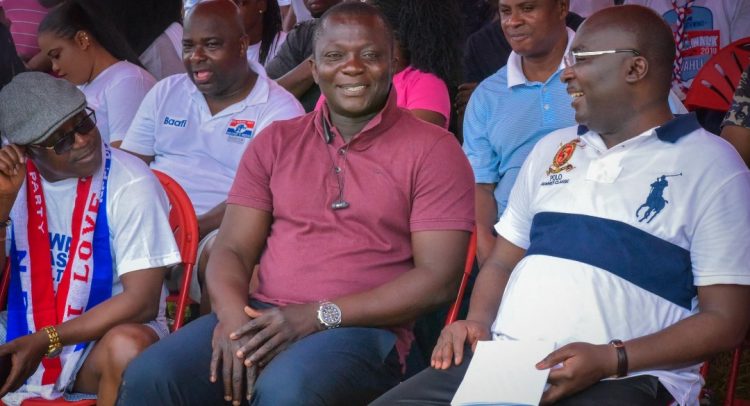 BRYAN Acheampong, the Member of Parliament for Abetifi Constituency and Minister of State in-charge of National Security, has stated that illiteracy in Kwahu would be a thing of the past in the near future due to the introduction of the Free Senior High School (SHS) programme.

He stated “when the Kwahus support the NPP, I am sure things will improve and their burdens will be reduced. Before NPP is voted out of office in 2064, the promises made by the government during the campaign will be achieved. We have promised to eradicate illiteracy before the four-year mandate ends.”

He was speaking at NPP’s rally on Saturday at Kwahu.

According to the MP, the NPP was looking beyond 2020.

He expressed the belief that Ghanaians would maintain the party in the upcoming elections.

“The NDC could not solve a water problem for the Kwahus but under Nana Addo’s administration, we have seen some development with regard to the water crisis. They could not continue with former President J.A Kuffuor’s water project,” he averred.

Bryan Acheampong added that the President has promised that the K3 Water project of which Kwahu is part would be completed by the middle of next year.