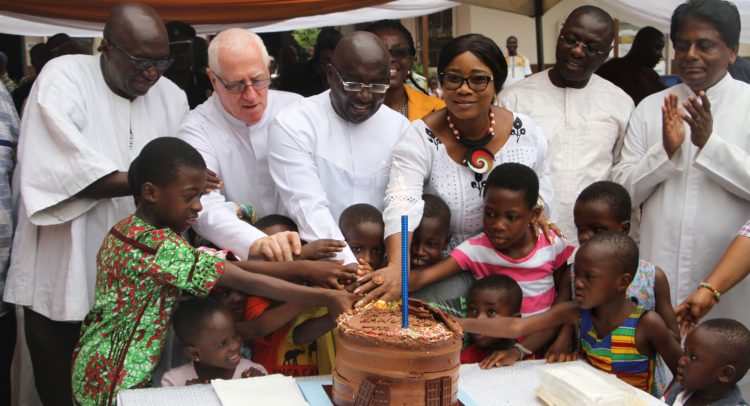 He spent a moment with patients at the Princess Marie Louis Children’s Hospital in Accra and also had time with autism patients at the Autism Awareness Care Training Centre at Kokomlemle, Accra — engagements which they relished.

At Children’s Hospital, the Vice-President’s entourage was received by Reverend Father Andrew Campbell, Board Chairman of the hospital.

He also said “I thought when God blesses you, you also have to try and bring those blessings to people who are less fortunate in one way or the other than yourself,” adding “for those of us who have been able to get up, walk around, drink or eat some food today, we are very fortunate…there are people who are lying sick in the hospital…there are many children who are sick who will love to be able to just walk and eat who are not able to do so.”

After cutting a birthday cake with the kids and management of the Children’s Hospital, Dr. Bawumia also made cash donation of GH¢10, 000 and committed himself to see to the improvement of conditions at the place.

At the autism centre, the Vice-President gave 25 bags of rice, five cartons of cooking oil and cash donation of GH¢20, 000.

He commended the management of the facility for doing a marvelous work.