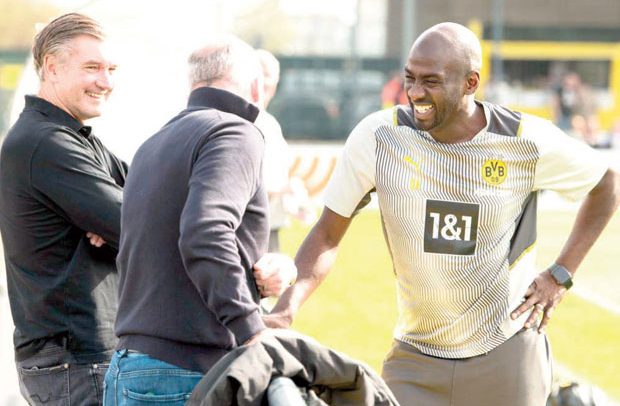 It has come up that German side Borussia Dortmund will extend Otto Addo’s contract by three years until 2025 this week.

The current contract of the Black Stars coach with Dortmund would have expired in the summer, but a new contract has already been negotiated, with only the signature awaiting.

The 47-year-old former professional (who played for BVB from 1999 to 2005) has been a special trainer at Dortmund for three years.

He has been successful in combining his Dortmund job with his Black Stars coaching role.

In the past, Addo has successfully coached top talents including Giovanni Reyna, Jude Bellingham and Youssoufa Moukoko.

Addo, who was born in Hamburg, began his role as Dortmund’s talent trainer on July 1, 2019.

In 2020, after the dismissal of Lucien Favre, he also took over the job of assistant coach on an interim basis and, six months later, won the DFB Cup together with Edin Terzic and Sebastian Geppert.

Addo was named assistant coach to Black Stars coach Milovan Rajevac in September last year, but after the Serbian was fired earlier this year, the former Ghana international took over as interim coach.

Addo masterminded a great victory over sworn rivals Nigeria in the play-offs as Ghana secured qualification to the 2022 World Cup.

Dortmund didn’t want to ruin Addo’s one-of-a-kind opportunity to coach the Black Stars in Qatar, so they let him take up the job full time.

The former Black Stars midfielder put pen to paper with the Ghana Football Association (GFA) until the end of this year.