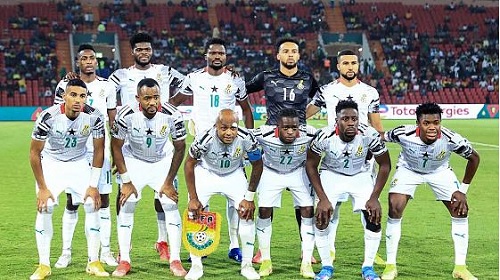 The Senior National soccer team, the Black Stars, yesterday sneaked to town after the team’s disastrous performance at the ongoing Africa Cup of Nations (AFCON) being hosted by Cameroon.

Ghana was eliminated from the tournament as the Black Stars managed a single point at the AFCON in Group C where they earlier played Morocco and lost 1-0 before drawing 1-1 with Gabon and losing finally to debutants Comoros Island 3-2.

Per the statistics, Comoros had three shots on target and scored all of them.

Majority of Ghanaians are now clamouring for the sacking of Serbian trainer, Coach Milovan Rajevac, who supervised the disastrous performance of the team.

The team was said to have sneaked into the country around 3:00am on Thursday.

After touching down at the Kotoka International Airport (KIA), a special COVID-19 test was arranged for them after which they avoided the regular arrival hall.

In 1984, then African champions, Ghana, had a similar disastrous campaign when it was hosted by Ivory Coast. It was termed as the Bouake disaster.

In 2006, the Black Stars again had a terrible tournament in Egypt after elimination at the group stage, but later in the same year went ahead to have an impressive World Cup tournament hosted by Germany as debutants.