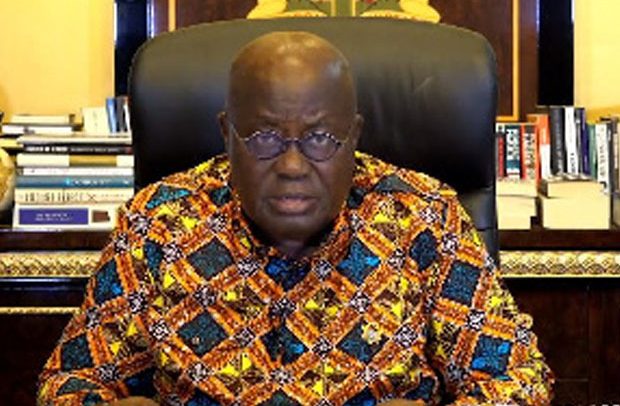 A raging debate has ensued following the cancellation of the December 17 referendum by President Nana Addo Dankwa Akufo-Addo on Sunday night.

The President said that, through the Minister of Local Government and Rural Development, he was recalling from Parliament the bill that was seeking to amend articles 55(3) and 243 (1), because there was lack of broad national consensus among key stakeholders and some sections of the public on how to go about the issue.

The President had said he had a firm understanding from all the political actors including former presidents that certain clauses in the 1992 Constitution needed to be amended to pave way for political parties to participate in local level elections but the National Democratic Congress (NDC) stabbed the whole country in the back when it made a U-turn to campaign for a ‘No’ vote.

“I do not believe that such an amendment should be driven as a party matter. There has to be a clear national consensus and agreement among the populace that a particular entrenched provision no longer serves the interest of the people and, thus, has to be removed,” he said.

“In this case, it had been long apparent that political parties were, in fact, actively involved in district assembly elections, despite their apparently non-partisan nature. The time has come to strip the process of its hypocrisy and accept and work with the reality of party involvement,” the President added.

Former President John Mahama, who President Akufo-Addo said was part of those he met to discuss the local governance issue, is now turning around to say the respected leaders did not agree in principle to move the agenda.

“I have spoken to our flag bearer and he says that what they discussed was electing MMDCEs for which there is a broad-based consensus. There was no commitment towards Article 55(3) amendment and introducing partisan politics at the local level; there was no such consensus.

“John Mahama is not a leader because he does not stick to principles and cannot make up his mind even on what is good for his country. He told President Akufo-Addo in the presence of former Presidents Rawlings and Kufuor in April 2017 that he was in full support of the reforms that were going to be introduced i.e. multiparty democracy to the local government system,” Mr. Boadu said.

He pointed out that the NDC took a cue from the consensus built by the current and former leaders and that was the reason why the party participated actively in and outside Parliament ahead of the referendum.

“In the regional referendum on the creation of the six regions on 27th December 2018 which took place before the NDC settled on John Mahama as their 2020 flag bearer, the NDC joined the NPP and others who were openly campaigning across the areas where the six new regions were to be created,” he added.

There have been different interpretations since the President’s announcement.

Prof. Kwaku Asare, a law lecturer, said the President did not have constitutional right to cancel the exercise because the bill had given birth to a law in the creation of a new instrument which authorized a referendum.

“The bill no longer belongs to the sponsors. The best results would have come from the referendum. The bill has given birth to a law CI (120). The bill cannot be withdrawn because it has created a new instrument which has authorized a referendum,” he said.

Information Minister Kojo Oppong Nkrumah later explained further that the government withdrew the bill meant to amend Article 243(1) alongside the cancellation of the December 17 referendum because it felt the two could not exist without each other.