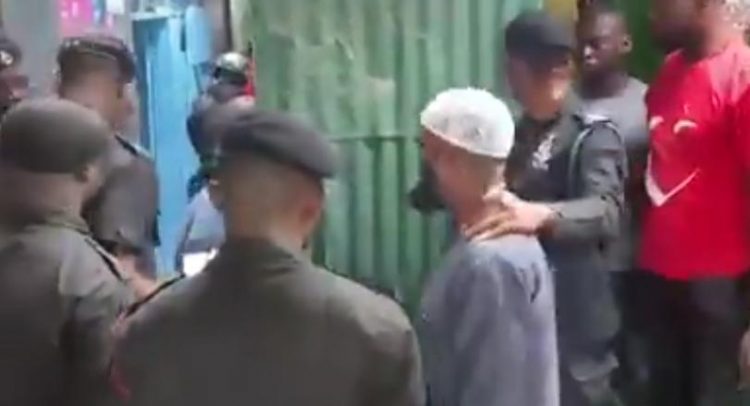 Over 70 persons mostly foreigners belonging to entities engaging in illegal forex market operations, also known as the black market have been arrested by officials of Bank of Ghana (BoG) and the police.

The crackdown was conducted in areas identified to be the hot spots of the dealers within the Central Business District of Accra, specifically the Rawlings Park, Makola, Cow Lane, Tudu among others.

The arrested persons are expected to face prosecution after investigation.

The ‘Black Market’ dealers are said to be contributing to the rapid fall of the local currency, the cedi to the dollar and the other major foreign currencies.

Explaining the motive behind the action, Head of Forex Exchange Bureau at the Bank of Ghana, Adjoa Konadu Torto, said that the move was part of measures to check the free fall of the local currency.

According to her, “This special operation was part of the Bank’s overall strategy to sanitize the foreign exchange market. Other measures being put in place include enforcement of compliance from licensed foreign exchange bureaux particularly with the taking of customer identification (Ghana card) and issuance of electronic receipt for every forex transaction; intensified public sensitization and media engagements to educate the general public on forex rules and regulations, including the need to avoid the black market.”

She said the exercise will be unabated as they will take similar action in other parts of the country soon.

Prior to this exercise, the Bank issued a strong caution to the general public to desist from engaging in the services of foreign exchange business operating without a licence.

Over 500 Bole Residents Registered On NHIS