Bonsu: From Prison To Black Stars 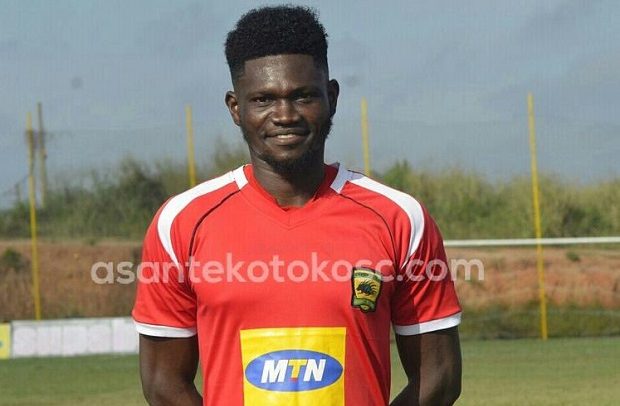 Asante Kotoko midfielder, Kwame ‘Conte’ Bonsu, has risen from the ruins and will have the privilege of wearing the national colors two years after his career appeared to be over.

Conte, as he is affectionately called, has been handed a deserved call-up into the senior national team, the Black Stars, for the final 2019 Africa Cup of Nations qualifier against Kenya in Accra.

The remarkable story started on October 6, 2017, when he (Bonsu) was sentenced to a two-year jail term by a court in Sweden for allegedly assaulting his partner in 2015. Then on the books of Swedish side Gefle IF, his contract was terminated.

However, after 11-months behind bars, Bonsu, 24, was released. A new beginning awaited the talented midfielder who left the shores of Ghana for greener pastures in 2013. His destination was Sweden. Heart of Lions, his then local side, loaned him out to FC Rosengard. From Rosengard, he moved to Hällevik joining Mjällby AIF for the 2014/15 season. His exploits at the latter earned him a lucrative deal to Gefle, where he spent two years before the unfortunate incident, which halted his once-promising career.

Perhaps, it was the sign of good things to come for the youngster who became a household name, not for his achievements on the field of play, rather the “saddest moment of my life” story.

After gaining his freedom, Bonsu returned to his native Ghana and decided to re-launch his career, signing for Asante Kotoko on a three-year deal.

Fast forward 2019 and the player is the most talked about in the rank of Kotoko in their campaign in the Total CAF Confederation Cup. His performances have been eye-popping which has earned him his maiden call-up into the Ghana squad.

He will hope to gatecrash Ghana’s squad for the tournament which starts in June in Egypt.