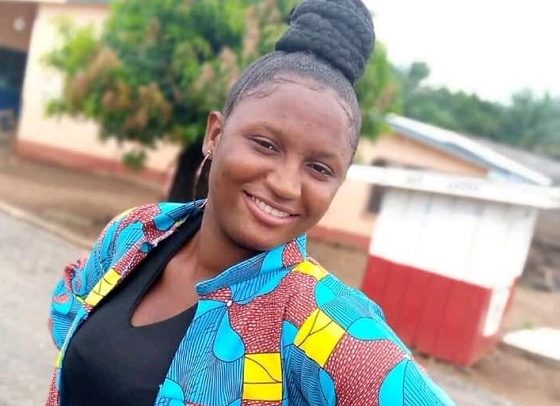 In what could be described as another bizarre love story ending on a deadly note, a beautiful young lady in Ho, in the Volta Region, has allegedly been murdered by her boyfriend.

Anthony Dordoye, 27, a footballer, is said to have allegedly killed his longtime girlfriend, Harriet Kafui Ahiati, 25, following a brawl between them.

Ms. Ahiati had her throat slit with a knife, leading to her untimely death.

The sad incident happened on Monday, March 22, between the hours of 10:00pm and 11:00pm in a house near Freedom Hotel where the deceased lived with her mother.

He was found in the same apartment with a slit throat and stomach, wreathing in pain when the murder case was reported to the police.

Dordoye first decided to hang himself on a ceiling fan in the room with a rope, but that also failed.

When the police arrived at the murder scene, Harriet’s body was lying in a pool of blood with a very deep cut in her throat in their living room, while Dordoye also lay in the bedroom with cuts in his stomach and his throat, fighting for his life.

The landlord told reporters that at midnight on Monday, some people came to the house to ask of the mother of the deceased who was a popular fruit vendor at the Ho market.

He said he directed them and went back to his room.

Noise from the Room

He said he later heard some noise near the room of the deceased as some residents had started gathering.

According to the landlord, when he went into the deceased’s room, he found the deceased lying in a pool of blood.

He said later the police came to the scene and carried the lifeless body of the deceased to the morgue of the Ho Teaching Hospital.

The boyfriend, who was in critical condition, was sent to the same facility to receive treatment under police guard.

Friends and relations of the couple said Harriet, popularly known as Kafui, and Jay had been dating for more than six years.

At the initial stages, both families tried to separate the young couple because Kafui was in JHS 3 when the suspect started dating her.

The two were eventually left alone and had remained a couple since then. The two are well known in the market close to the Freedom Hotel Area because they were always seen together, even at the church of the lady, where she was a lead singer.

Because of the good relationship between them, Dordoye used to sleep in Harriet’s house where she lived with the mother.

The Public Affairs Officer of the Volta Police Command, Sergeant Prince Dogbatse, who confirmed the sad incident, said investigation had since commenced into the murder case.

He said the boyfriend, who is fighting for his life at the Ho Teaching Hospital, was the main suspect.

He said one Innocent Dordoye, who identified himself as the brother of the suspect, and Linda Gbologah, were the ones who reported the case to the police last Monday night after they had an emergency call from the suspect that he was dying in his girlfriend’s house. 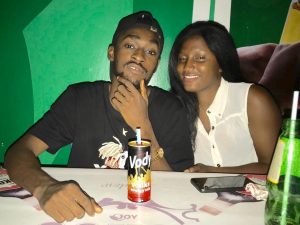 In what appears to be a justification for his cruel action, the suspect is reported to have told the investigators on his hospital bed that his girlfriend had been cheating on him.

He claimed his girlfriend died following a quarrel over the cheating allegations and Regional Police Public Affairs Officer corroborated the allegation.

He confirmed that the police observed that the suspect had a cut on his throat.

He also had a deep cut on his stomach that saw his intestine almost gushing out and the injury is suspected to be a result of an attempted suicide after alleged killing of the girlfriend.

In recent times, there have been concerns and uproar over the killings of women by their partners.

On Independence Day on March 6, a businessman, Prince Charles Dedjoe, was arrested in connection with the death of his wife, Lilian Dedjoe.

He is currently in custody after being denied bail by the Madina District Magistrate Court in Accra.

A level 300 student of the Evangelical Presbyterian University College (EPUC), Ho, Elizabeth Akpalu Yesutor, was also allegedly killed by her lover, Philip Caesar Kumah, in the same region on March 8, two days after the Dedjoe family incident at East Legon in Accra.