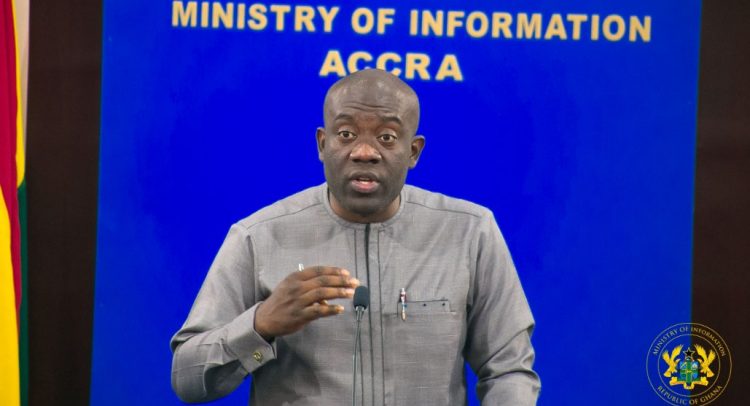 Cabinet has given approval for the construction of new cocoa roads in the country to ease vehicular movement.

Estimated to cost about GH¢3 billion, the project would ensure the construction of several new roads. Virtually, the documentation work on the cocoa roads project has been done so far, for which reason the project will commence very soon.

Information Minister Kojo Oppong Nkrumah made the announcement to journalists in Kumasi in the Ashanti Region on Friday. He said the government had managed to raise a whopping GH¢3 billion to finance the road projects.

Mr. Oppong Nkrumah pointed out: “We shall soon publish the cocoa roads project in the media for everybody to see.”

He said the project would help to repair several damaged roads in the country. He disclosed that some selected roads, especially those that link cocoa producing areas, which are in a deplorable state, would be tackled.

Unlike during the previous administration when financing for cocoa roads became a challenge, he said: “This project will take off smoothly. The government has worked tirelessly to raise GH¢3 billion to finance the roads so there will not be any financial constraints.”

The minister, who answered questions from journalists, also talked about security and other pressing national issues.